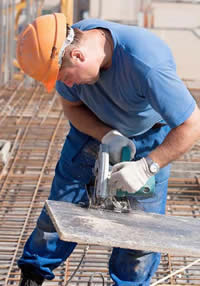 The plans to extend the Northern Powerhouse’ concept across Britain has drawn a uncertain response from industry commentators; as some welcome the increased control over planning, others have pointed to challenges in transport infrastructure that need to be addressed.

An exciting time for construction

Mark Clare, CEO of Barratt Developments was one of many that reacted positively to the announcement, specifically to the creation of Greater Manchester Land Commission, believing it will provide a boost for construction companies in the area. He commented:

It seems that the commission will be tasked with identifying publicly-owned and brownfield land that can be developed for housing  which is an important step towards tackling the estimated 10,000 new homes a year needed to support Greater Manchester’s growing economy and communities.

This sentiment was shared by SIG Insulation’s Head of Business Development Andrew Orriss, who described the deal as an exciting time for construction in the north of England, citing Sheffield in particular as an area which would benefit from the plans.

The announcement has drawn a mixed response from across the industry

A strain on transport infrastructure

However, both Andrew Orriss and Andi Hodgson, Marketing Director at Hope Construction Materials, exercised caution concerning the potential burden the plans would put on transport infrastructure.

Andi stated: On the surface the move seems as though it should provide a significant boost to construction in those regions, however the greater activity  particularly that of moving bulk and heavy-side building materials like concrete, aggregate and cement  will put a strain on existing transport infrastructure if it’s not improved.

Tony Lloyd, Greater Manchester’s interim mayor, has called for transparency on planned rail improvements that are key to the delivery of northern economic growth.

The statement alludes to a number of uncertain projects proposed by the Chancellor, including the electrification of the TransPennine Express railway line linking Manchester, Leeds and York, which was put on hold without explanation in June.

Further proposals, including an Oyster style ticketing’ system across transport services throughout the region, have been met with derision, and the Campaign for Better Transport (CBT) has claimed that the actual investment in the Northern Powerhouse rail infrastructure sits closer to £3 billion than the £13 billion outlined in the budget.

Meanwhile, the planned HS3 line connecting Liverpool and Hull via Manchester and Leeds, continues to raise questions – given that the north east of England seems to have been excluded from the Chancellor’s devolution plans.

Sunderland-born architect and TV-personality George Clarke expressed his disappointment with the exclusion of the north east, saying:

There is huge potential for economic and construction growth if the main urban hubs in the north are properly connected.  If we really are to create a true Northern Powerhouse this needs to be addressed as a priority and the crucial transport links from east to west need to be greatly improved.

The deal will be a major topic for discussion at UK Construction Week – held at the Birmingham NEC in October.

Devolution will be highlighted with a dedicated session asking whether it is the key to stimulating public and private infrastructure developments – whilst transport will also be under scrutiny, as a keynote session takes a look at the future of rail.