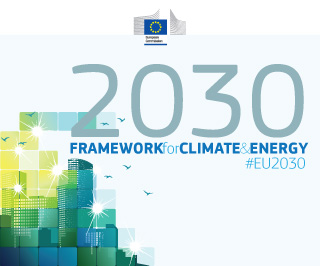 Do watered down energy efficiency targets mean a lost opportunity?

European Council have watered down the European Union’s energy efficiency targets for 2030 and overnight we lost 16 years. Have we also lost our sustainability ambitions?

European Council has watered down European Union’s energy efficiency targets for 2030 and overnight we lost 16 years. Have we lost our sustainability ambitions?

The Climate commissioner said they have sent a strong signal’ ahead of global Paris summit but key aspects of deal have been left vague or voluntary. Knauf Insulation kick-off a debate on whether the real signal is a loss of ambition in energy efficiency targets.

LOST OPPORTUNITY OF A GENERATION

Making the world a better place doesn’t happen overnight. It takes ambition and time – lots of time.  Yesterday, the European Council watered down the European Union’s energy efficiency targets for 2030 to 27%.  Overnight we lost 16 years. And we lost our ambition.

We have just seen one of the most important opportunities of a generation slip through our hands.

Many forward-thinking EU Member States had shared a vision for a minimum target of 30% across Europe  and it’s no wonder.  Like Knauf Insulation, they saw the opportunities that an ambitious binding energy efficiency target would bring.

They saw the millions of jobs that would be created through the energy efficient renovation of housing stock; they saw the end of their addiction to foreign energy; the saved billions that could be reinvested into growth and the beginning of a responsible new world where the vulnerable were free of fuel poverty.

Especially disappointing is that it was the UK that proved the main stumbling block in achieving these ambitions. It’s unclear whether David Cameron’s motivation was an effort to combat UKIP  to brandish the outcome as a win against the power of Europe – or a result of the UK having already backed their low carbon’ winners in nuclear and fracking.

What is certain is that many more homes in Europe will be left out in the cold for years to come as a result of the decision.

Gap between aspirations and appetite to deliver

This Government’s track record on UK domestic energy efficiency is poor to say the least. The last three years have been characterised by a lack of clear targets, a huge gap between aspirations and the Government’s appetite to deliver them and mid-policy U-turns. The UK’s intervention in the European Council’s decision has consigned other member states to similar uncertainty.’

So rather than market confidence, the message from the Council was business as usual’ as far as energy efficiency is concerned. Except, of course, it’s not business as usual.

And Barry Lyham concludes:The Council’s message to Knauf Insulation and the rest of the energy efficiency industry is clear, Leave Europe and make your investments elsewhere’.