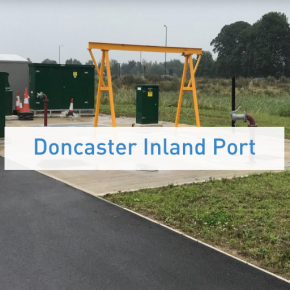 Doncaster-based ‘the IPort’ has had a foul pumping station supplied, courtesy of T-T Pumps.

Firstly, T-T received a call from a Senior Engineer at BWB with an urgent enquiry for a foul pumping station, which led to T-T’s area manager following up the call to clarify requirements.

BWB needed a foul pumping station to service Doncaster Inland Port, which had to be compliant to Severn Trent sewers for adoption 7th Edition.

Various design changes and developments ensued over the following months, with T-T kept informed of the design in order to update the pump specification and quotation.

Once the main contractor was selected by the developer, T-T were confirmed to be the pump supplier.

T-T then offered detailed pump design and surge analysis, which was ordered by BWB.

Furthermore, another pumping station was brought in to pump to the original to guarantee correct drainage occurred on site.

He heaped praised on the sales team in particular, saying they were a great asset to the whole process, adding their skills and advice were greatly appreciated.

“I would highly recommend T-T Pumps for future projects given the level of service received during our time working together,” he said.