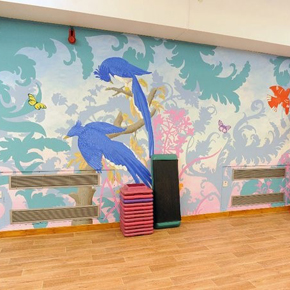 Dulux has announced the winners of its Dulux Trade Masters Series, recognising the six most skilful decorators in the UK.

The winning entires were chosen for their “remarkable flair for colour, considered approach to how they use it and a desire to leave a lasting impact on the people inhabiting the spaces they transformed,” according to Dulux Trade marketing manager Ewa Czapracka.

The judging panel considered projects based on the improvement of space, use of techniques and expertise with colour, with further consideration given to entrants who used their knowledge to help their customer achieve their vision.

Two winners were selected each month throughout the series. Mark Ashworth, from Clwyd in North Wales, and David Law from Fareham, Hampshire, were the first Masters to be selected. 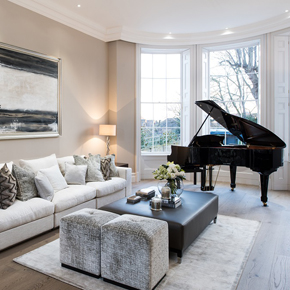 Nigel Bennett was recognised for his two years spent redecorating a Grade II-listed Georgian townhouse which was destroyed in a fire.

Mark’s winning entry was a 42ft Spanish-themed lounge, which utilised a unique “marbling” technique to mimic the grain of marble and wood using only paint and a feather. David converted a weathered outdoor space into a bright play area for children. The colour scheme took into consideration how the play area is viewed through a child’s eyes.

Nigel Bennett from Staines, Surrey and Craig Hainey from Troon in Scotland were also recipients of the Masters award.

Nigel was recognised for his work redecorating a Grade II-listed Georgian townhouse. The four-storey property in Winsor had been almost completely destroyed in a fire two years prior. Craig received his Masters award after transforming a plain and uninspiring physiotherapy room at Glasgow Children’s Hospital by painting an intricate mural.

The two final Masters winners were Darren Whitfield of Sale, Greater Manchester for his transformation of a very old cottage in Bowdon; and David Robinson from Ballymena, Northern Ireland, who transformed the exterior of a farmhouse using colour and products for masonry and stonework.

The six winners of the Dulux Trade Masters Series were awarded with an all expenses paid trip for two to Amsterdam, the home of AkzoNobel, and have been invited as one of the first groups of professional decorators to visit the new Dulux Academy in Slough.