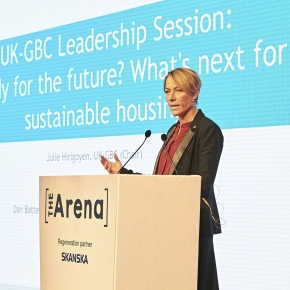 With Tony Pidgley, Chairman of Berkley Homes, calling for the Government to slash more red tape to avoid clogging up the planning system, sustainable housing topped the agenda for day one of Ecobuild. 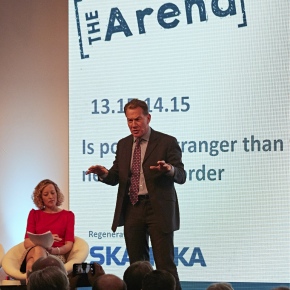 Pidgley, speaking at The Arena, called for the Government to use the recently launched housing white paper to bring the industry together and streamline regulation, labelling current processes ‘a crime’.

Former defence minister Michael Portillo called on the Government to make dramatic interventions in the housing market and build thousands more council houses, when he took to the same stage later in the day.

Performance Lab, Explore Offsite masterclasses and the Build Circular areas proved popular at the show, attendees were keen to expire the fresh ideas and emerging technologies within the built environment.

In addition, a Green Infrastructure Design Challenge was unveiled by the Chartered Institute of Building Services Engineers and Hadley Group launched a design competition for student architects with a prize worth up to £6,000.

A range of advanced thermal imaging cameras for electrical, mechanical, and building applications from FLIR systems was launched and a new concrete for the power sector from Hanson UK.

The new Visofold 6000 system was also unveiled by Smart Systems at the event while design studio Freiraum Kollective showcased its Pallet Homes Project to create homes in Kenya.

Conference sessions including “Are the London Mayor’s affordable housing requirements the best way to tackle the housing crisis?” with RIBA president elect, Ben Derbyshire; Niall McLaughlin in conversation with the BBC’s Will Gompertz; and Green Infrastructure for Healthy Places, will take place on the second day of the show.

The Good Homes Alliance is set to unveil its Charter for Responsible Housing and Saint-Gobain will share the latest performance data on the first building in the UK built to its Multi Comfort concept.

Martin Hurn, managing director of Futurebuild, owners of Ecobuild, described day one as a roaring success and said that day two is set to offer another day of agenda-setting discussion and new innovations as well as debate on the Goverment’s role and commitment to the sustainability and the built environment following The Budget.