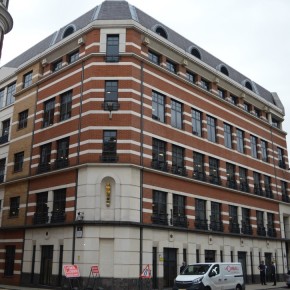 Selectaglaze has provided a secondary glazing window solution to the Grade II Listed Head Office of the City & Guilds Group in London.

The office is located in the City of London; the company help people realise their potential through work-based learning.

The existing primary double glazing was doing very little to prevent noise ingress, so the City & Guilds Group opted to install secondary glazing on one side of the building in order to create a more comfortable working environment.

Selectaglaze, the leading provider of secondary glazing, were approached for a cost effective window upgrade to all floors.

To create the desired noise insulation, a cavity of at least 100mm is required between the primary and secondary glazing.

In total, 51 units were fitted, alongside a wide range of products, including fixed lights, casements and horizontal sliding units. All of these were designed to mimic the sightlines of the fenestration already in place. 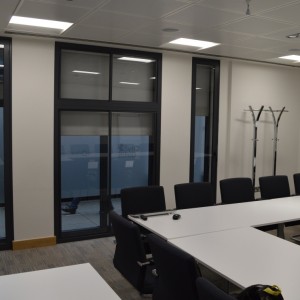 All units were finished in matt grey, which suited the existing windows and they arrived on site fully assembled and ready to be installed. All work was undertaken outside of office hours to avoid staff disruption  and all skirtings were removed and refitted after the secondary glazing went in to keep sightlines to a minimum. 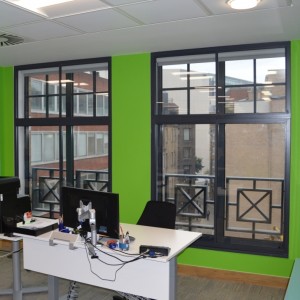 Employees have been thoroughly impressed with the products, praising the fact the working environment across all office floors had become much more peaceful.

In other news, Selectaglaze is presenting its BIID approved CPD “Designing Professional Secondary Glazing Solutions for Enhancing Thermal Performance, Acoustics and Security” at the BIID CPD Providers Showcase at the Chesterfield Hotel, Mayfair, on Tuesday 20th March. All CPD seminars are presented by BIID approved providers.