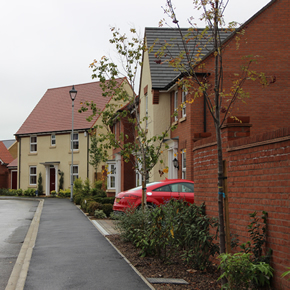 Vortice’s energy efficient fans have been specified for a new development, which aims to combine traditional village life with contemporary living.

The development will feature Vortice’s Leto fans in its three, four and five bedroom houses.

The village, which is close to Middlesbrough, has been built to imitate traditional village life; its key features, for instance, include a pond and a nature trail, which makes its way through surrounding woodlands.

The spacious houses have been built using energy efficient build methods, to improve the green credentials of the village.

As a centralised mechanical extract unit, the Vort Leto fan is an energy efficient system, suitable for use in kitchens and wet rooms. For this reason, the fans were specified for the development.

The Leto system, which is SAP Appendix Q listed, runs quietly; it required only one breakout from the building.