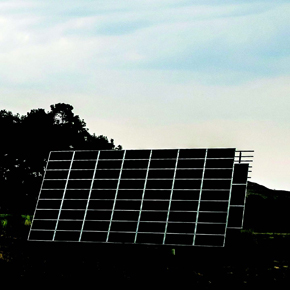 In May 2016, Portugal ditched fossil fuels and ran solely on renewable energy for four consecutive days. Solar, wind and hydroelectric power exclusively covered the electricity consumption of the entire country for a whopping 107 hours in total.

The feat is the latest of many renewable energy success stories and highlights the growing role renewables play in modern energy generation.

Here, Nick Boughton, sales manager of industrial systems integrator, Boulting Technology, discusses how emerging technologies can provide a new answer to an old question: renewables are great, but what happens if it’s not sunny or windy? 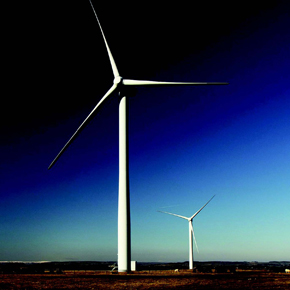 The role of the National Grid is changing. Traditionally, it relied on a few very large fossil fuel and nuclear power stations to supply electricity.Put simply, the grid received large inputs from a few sources dotted around the country.

Today, as these larger power stations are being closed down, due to age or inability to meet forthcoming emission regulations, the supply mix is changing.

The grid still gets electricity from traditional power plants but it increasingly receives power from many smaller-scale wind, solar and anaerobic digestion plants as well.

Earlier this year, as part of its target to self generate one third of its electricity requirements by 2020, Thames Water unveiled Europe’s largest floating solar farm on the Queen Elizabeth II reservoir at Walton-on-Thames.

With more than 23,000 solar panels covering an area equivalent to eight football pitches, its peak output is 6.3MW and its projected annual output of 5.8 million kilowatt hours is enough to power 1,800 average homes.

While this is a significant contribution, it would take more than 600 similar sized solar farms to match Drax. With an output of 4,000MW, the UK’s largest coal and biomass fuelled power station takes some beating. Drax does have the advantage of running day and night, seven days a week though.

The main role of the National Grid is to ensure electricity supply meets the demand, known as balancing the grid. This brings us on to demand-side response.

Once upon a time, the National Grid had to rely mainly on supply side response – getting power generators to match demand. Demand-side response is a technology where customers are incentivized financially by the Government to lower or shift their electricity use at peak hours.

In a sign of the times, the biggest electricity user in London – or the Tube to you and I – recently announced it is signing up to a demand-side response network. This means when demand on the grid is at its peak, London Underground will use its back-up power supplies to ease the strain on the grid.

There is still huge potential for demand-side response. Instead of merely sending signals to customers when they need to take action, automated processes could be put in place, by the grid or more locally, to trigger back-up power or turn off non-critical applications automatically.

In industrial power management environments, the same principle can be applied by using smart low voltage switchgear, such as the Boulting Power Centre. This means any building – industrial or commercial – can prioritise the order in which the switchgear turns off connections, if at all, and for how long.

One of the concerns with solar and wind energy is that production is often at its highest, when demand is lowest. Therefore, storage is a key priority for eliminating waste and harnessing production potential. Battery storage is not new but, until fairly recently, batteries were big, heavy, expensive and had a limited lifespan.

Leveraging car and mobile phone developments, modern battery storage systems offer a much more attractive proposition. Looking only a few years ahead, battery storage will be commonplace, not just at grid level but on industrial sites, office blocks and domestically.

The Tesla Powerwall is an example of a solution applicable to most homes. With viable and scalable battery storage options and demand-side response, renewables and micro generation can join the top table of electricity generation, previously dominated by nuclear and fossil fuels sources.

With this kind of progress, it’s not too hard to imagine Portugal’s 107 hours being beaten quite soon!

Find out more in the December issue of ABC+D Magazine.