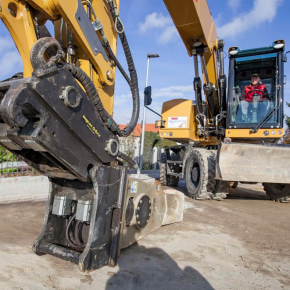 Engcon has announced that as of May 2018 it will be offering its EC-Oil  automatic hydraulic attachment system as a standard fitting on its twin-hitch products. 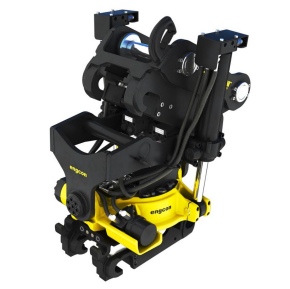 The EC-Oil option will make life easier for users by allowing them to disconnect the tiltrotator without needing to tackle any tricky electrical connectors and hoses or leave the cab. The tiltrotator manufacturer is the only one of its kind in the world to offer an automatic hydraulic system as standard.

The automatic connector blocks mean the hydraulics, power and central lubrication systems can be connected quickly with the excavator and tiltrotator.

The Q-Safe 60 machine hitch comes fitted with the company’s EC-Oil fully automatic hydraulic coupling when ordered in conjunction with the DC2 control system, as standard. This also applies to the tiltrotator/DC2 control system top brackets, allowing the connection and disconnection of hydraulic, electrical and central lubrication between the two. 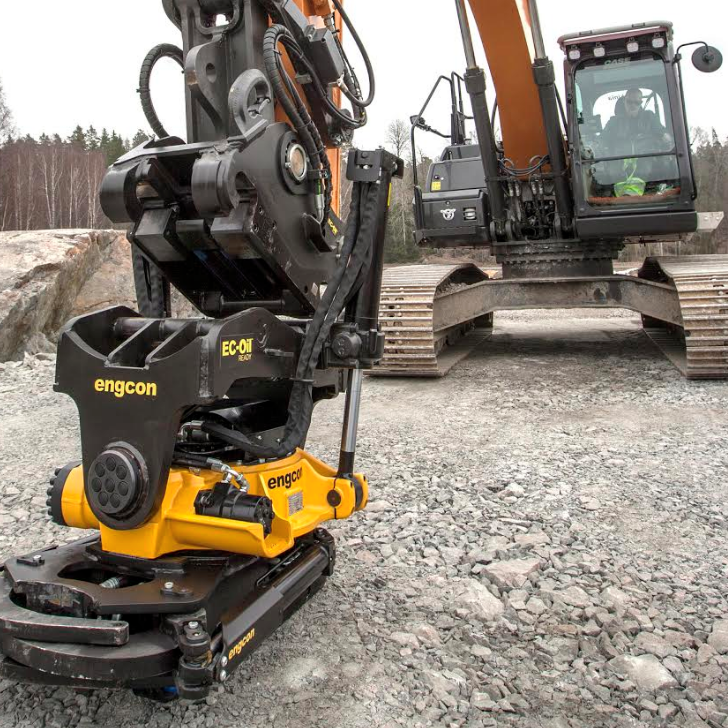 Stig Engström, Engcon’s founder and owner, comments: “Hydraulic attachments and twin-hitch tiltrotator configurations are increasingly popular in the excavator market, so for us, it was a logical step to put the two together as a standard product. It’s an innovative step for Engcon, and a great leap for the excavation industry.”

Engcon’s offer includes an EC-Oil block with two hydraulic couplings; a central lubrication valve and an electrical connection – all that’s needed to connect the technical features of an Engcon tiltrotator.