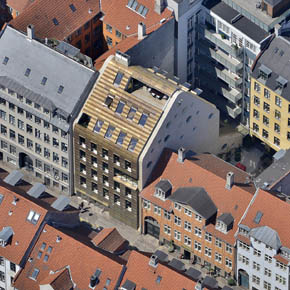 The winners of the European Copper in Architecture Awards 17 have been revealed online across Europe. 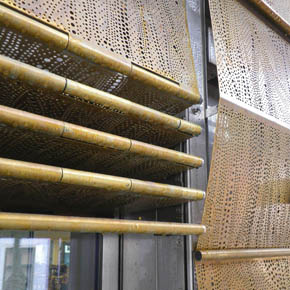 This year, the European Copper Institute celebrates the winning and commended projects online and in video form, including architect interviews, a social media campaign, an awards brochure and coverage in the latest issue of Copper Architecture Forum magazine. ABC+D takes a look…

The seventeenth iteration of these popular, biennial architectural awards recognises the growing influence of copper and its alloys on modern design. It also exposes to a wider international audience inspirational projects, some of which might otherwise go unrecognised. This year, over 50 entries were received from 17 countries.

They were impressed by the high standards demonstrated across the entries and eventually settled on ten shortlisted projects, from which five awards were made. The 2015 Awards outright winner is Trollbeads House, Copenhagen, Denmark, designed by BBP Arkitekter. 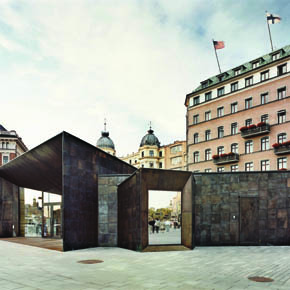 This regeneration of a 1960s office block into a high security building is organised like a Venetian merchant’s house, with goods loaded at the ground floor, stock and offices above, then a penthouse for the owner with a roof terrace.

The design is defined by a patterned, perforated golden copper alloy curtain, incorporating motorized folding elements, that effectively changes the architecture of the building.

The judges said: “This transformable building is a unique and powerful response to its urban context – surprising, yet obvious. The central concept is carried through undiluted and executed with care to an impressive level of detail.”

Four commendations were also made. In Destelbergen, Belgium, Graux & Baeyens Architecten’s VDV House takes mandatory planning requirements as its cue to create a thoroughly contemporary subversion of the traditional gabled house in copper and glass.

The judges commented: “The abstract, diagrammatic rationale behind this design is seductive and delivered with conviction as a pavilion within a walled garden.”

This entry also won the Public Choice Award, receiving the most votes online from visitors to copperconcept.org. Also commended was a group of Ferry Terminal Buildings in Stockholm, Sweden, designed by Marge Arkitekter and clad in burnished brass, in one of the city’s most visited areas opposite the Royal Palace. 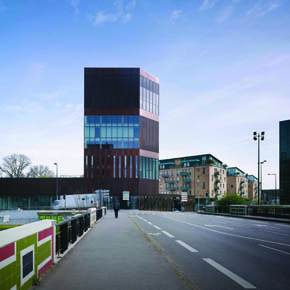 Architect LAN’s was commended for its Euravenir Tower building in Lille, France.

The judges said: “This powerful group of buildings along Stockholm’s waterfront is truly special and defies the mundane ferry terminal building typology. Deferential in scale to their historic neighbours, the buildings make no architectural concessions and instantly add to the city’s heritage.”

The judges were also impressed with a deceptively simple Sports Hall in St Martin, Austria, designed by Dietger Wissounig Architekten. This is characterised by façades of folded, perforated copper plates covering the hall with a semi-transparent veil.

They commented that: “this sports hall box is beautifully done. Its detailed execution is exemplary, with uninterrupted glazing and a subtle use of perforated copper.”

The final commendation was awarded to architect LAN’s Euravenir Tower in Lille, France, which creates a new urban space at its pivotal location, combining private and public, vertical and horizontal.

The judges remarked: “This free-standing, crystalline copper tower is handsome in its own right… but it also plays a key urban design role in a very public situation, uniting and making sense of its surroundings.”

Find out more in the January issue of ABC+D Magazine