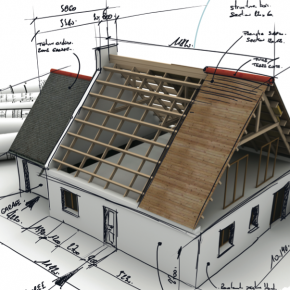 Expectation vs reality:  out with the new and in with the old?

The UK undeniably faces a housing crisis. It’s not just a political soundbite; it’s affecting lives. New build homes are undoubtedly part of the solution, however, is the consumer perception of reduced quality, lego block estates stopping people investing, causing them to snub new builds in favour of refurbishment projects? The latest issue of ABC&D magazine takes a look.

81% of people are “unenthused” about living in a new build home while 79% said the Government should focus its efforts and funding on refurbishing existing, run-down properties(1). In addition, a further report this year found that there are more than 200,000 homes worth a total of £43bn lying empty across Britain(2). Combined with negative stories in the media relating to the quality of new builds, it is easy to see why public attitude appears to be shifting to buying refurbished properties over new builds.

Refurbishing existing properties will only go part way to solving the crisis. Despite programmes such as Grand Designs promoting the property developer lifestyle, more often than not, these projects are not as quick or as glamorous as they seem on TV. The question is, why are new builds facing such opposition and what do we need to do to address this? Are new builds really as poorly built as media reports would lead you to believe?

With every new product, from houses and cars to toys and gadgets, there is always going to be an element of teething. Stories that create headlines, such as: “Couple’s dream home in country turns into a nightmare after finding 150 problems in new-build house”, which are filled with negative terms for new builds, understandably make potential buyers skittish, to say the least. While some of these instances are genuine reflections of bad building practices, one of the main barriers the construction industry has to tackle concerns perception.

Buying a new home is one of the biggest decisions that an individual is ever likely to undertake, especially as average house prices continue in a long-term upward trajectory. Many buyers purchase off plan and do not see the finished project before they buy. This means that they are often sold on the show home factor. The shock sometimes sets in when the buyer collects the keys to their new home and it simply doesn’t meet their idealistic expectations – or expected imperfections, such as settlement cracks, start to appear. Expectations of pristine existing builds are low, but for new builds, the expectation is often higher and, unfortunately, simply unrealistic.

If the unexpected happens, buyers often don’t know what is protected or how to go about making a claim. This is sometimes the case with structural defects insurance which is designed to protect against defects in new buildings, normally for a period of ten years after completion. Despite insurance protecting the homeowner from structural damage that may occur during the first ten years after completion, many consumers lack understanding of the extent of cover their warranty provides.

This is bypassing the fact that before a build even gets to that stage, new properties undergo rigorous inspections before the homeowner can move in. A structural certificate is only issued when these inspections are complete and all building control standards have been met. This is why building warranties are a crucial part of the construction process, and why consumers can rest assured that the quality of a new build will stand the test of time.

Ultimately, the industry must better communicate the many benefits of new build properties to potential buyers. It must provide reassurance that new builds are completed to high standards, that are often superior to the existing builds that consumers are so keen to invest in. The industry needs to change the public’s view of new builds to that of reliability, affordability and availability.

If housebuilders are to increase the appeal of new build homes, and remain construction-oriented, it is more important than ever to emphasise the benefits of out with the old, in with the new. Today’s new build homes are generally built to the latest environmental standards and are cheaper to run. It is important to ensure that quality is as much of a priority as quantity, so that each new property meets the needs of the homebuyer of today, and of the future.