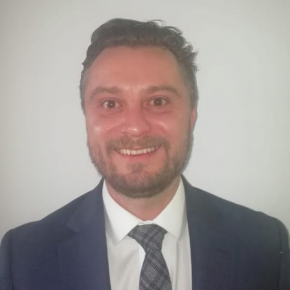 Experienced Richard sure to bring plenty to Kestrel

When it comes to new challenges, UPVC roofline brand Kestrel’s business development manager for the North East doesn’t do things by halves.

Richard Barrett started his new role this month, after moving house, welcoming a new baby and is soon to be married.

Luckily, the 42-year-old from Leeds has years of construction experience and a wealth of contacts across the North East to rely on.

Richard said it was exciting to commence a new year with plenty to look forward to: “The North East is a great patch and I’m excited about getting to know our customers as well as building the brand with new and existing contacts.”

Richard said he had initially been attracted to the UPVC fascia, cladding and soffit manufacturer’s breadth of products and that he had been ‘incredibly impressed’ with the range and quality Kestrel offers.

“While Kestrel is part of a bigger business, it has a family feel where everyone has an input, not least its customers, which makes it very exciting to be part of the team,” he continued.

Kestrel sales and marketing director Owen Thorogood said that Richard’s wealth of experience in construction sales made him a natural fit for the roofline brand.

“The North East is a strong area for Kestrel and with his knowledge of construction and the region, I know we are in safe hands with Richard,” Owen said.

In his spare time, Richard is a keen gardener, loves racquet sports and is learning to play piano.