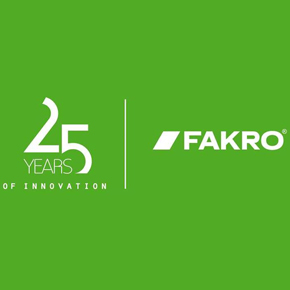 This year will see FAKRO celebrate its 25th anniversary, during which it has become the second largest manufacturer of roof windows in the world.

The company will celebrate with activities dedicated to partner companies planned throughout the year.

The early focus of celebrations was a Jubilee Gala held in Jachranka, which was attended by customers from all over the world.

The event was hosted by TV journalists Anna Popek and Roman Młodkowski, and began with an accompanying conference before culminating in the awards for ‘25th Anniversary Partners’.

FAKRO Director Janusz Komurkiewicz commented: “25 years is a major milestone and provides an opportunity to look back at what has been achieved. Most of all it gives us an opportunity to thank those who have helped us in our success.

Their hard work, commitment and enthusiasm have been key to FAKRO’s accomplishments in domestic and global markets.”

Anniversary promotions for customers will take place throughout the year and will also be highlighted during FAKRO’s extensive training programmes for distributors and contractors.

The anniversary has also been marked by a new corporate identity showing ’25 Years of FAKRO Innovation’.