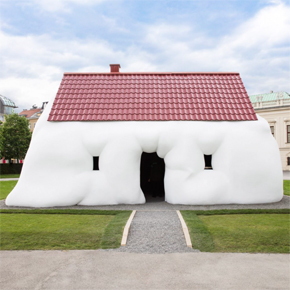 Erwin Wurm’s captivating ‘Fat House’ has been installed outside an eighteenth-century palace in Vienna, and opened for visitors.

Wurm’s ‘obese’ aesthetic was created by wrapping polystyrene around a metal framework.

The structure, which is seven metres high, has been installed on the lawn outside the Upper Belvedere, an eighteenth-century baroque palace in Vienna.

It was acquired by 21 Haus, a contemporary art museum located in the same gardens as the palace, for its Belvedere collection. The gallery hopes that the Fat House will attract more people to it; particularly as it is currently housing Wurm’s Performative Sculpture exhibition, which features 54 of his compelling clay creations. 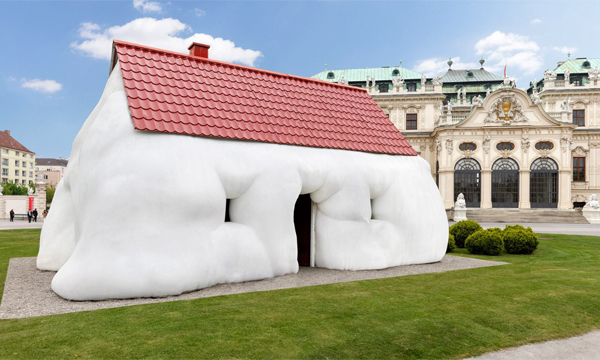 The Fat House is free to visit between 10am and 6pm, every day. It will remain in place until 10th September 2017.

A video projection inside the house shows the obese building arguing with itself, positing existential questions to the incoming visitor: ‘When does a house become art and who determines that?’ A movie documentary, which depicts Wurm preparing for the Venice Biennale with collaborator Brigitte Kowan, is also being shown.