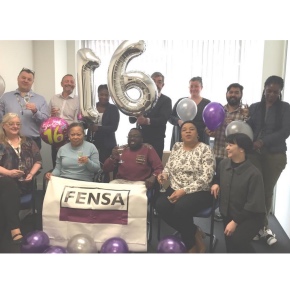 Set up by the Glass and Glazing Federation in April 2002, it is the largest and longest scheme in the replacement window and door industry with almost 6000 companies self-certifying their compliance under the Building Regulations without the requirement for additional inspections.

More than 1000 of the companies who started using FENSA when it was set up 16 years ago are still using it today – a great testament to the company’s commitment to different initiatives and more recently its investment in business support tools.

FENSA also provides members with big benefits due to its business partnerships that have grown over the years, including the agreement with the British Fenestration Rating Council to provide free window energy ratings to members.

In its 16 years, FENSA has issued over 12 million homeowner certificates, with the 13-million-mark fast approaching. Chris Beedel, Director of Membership, FENSA, comments on the achievement: “Given that there are 23.5 million households in England and Wales, reaching 13 million registrations will mean at least half of all those households have used a FENSA Member to install their windows and doors. “