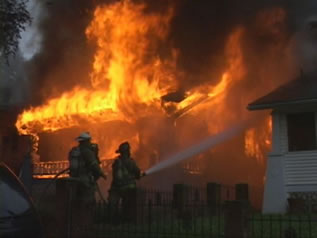 Fire safety is a subject that Wrightstyle knows quite a lot about. Our advanced systems are specified internationally – from shopping centres in Beirut to medical facilities in Hong Kong, and from a memorial chapel in the USA to Olympic projects in London and Athens.

Were therefore aware of the huge variation in fire regulations between different jurisdictions, and the patchy way that those regulations are sometimes monitored and enforced. Weve sometimes felt compelled to raise some of those concerns – including with the UK government when we felt that some internal fire doors were being wrongly classified as fire-safe.

Perhaps most notably we changed our fire certification methodology in one Middle Eastern country, because some architects were taking project-specific Wrightstyle certificates, copying them, and then applying them on other projects for which the fire test certificate might not be appropriate.

Weve also written about the appalling textile factory tragedies in Bangladesh and elsewhere. Our thirst for cheap T-shirts has in too many cases led factory owners and operators to cut corners. The Tanzeen fashion factory fire in 2012 is an obvious example, killing over 100 workers and injuring 200 more – or, worse, the 2013 collapse of the Rana Plaza factory building with the loss of over 1,000 people.

But these are just the industrial fires and building tragedies that make the news. In a report published at the end of 2013 by international labour campaigners, nearly 800 people were injured in garment and textile fires in Bangladesh in the previous 12 months.

But as Christmas approaches, its also worth remembering the 21st anniversary of the Kader Industrial Toy Company fire in Thailand. In that blaze, nearly 200 people lost their lives, and nearly 500 were injured. There were inadequate fire extinguishers or alarms, fire escapes couldnt cope and some exits had been locked shut.

Nor was there a sprinkler system and the building was constructed with uninsulated steel which quickly led to building collapse. Like most catastrophic fires, its likely cause was something minor – most likely a spark from an electrical short-circuit.

Before Kader, the worst factory blaze had been in the USA – in New Yorks Shirtwaist plant in 1911, which killed nearly 150 garment workers.

However, despite some similarities between the two fires, there is one glaring difference. The New York fire directly led to new laws on building access and egress, fireproofing requirements, the availability of fire extinguishers, and automatic sprinklers. The Thailand fire happened in a jurisdiction where fire regulations had been ignored because official monitoring was inadequate.

It comes down to effective fire and building regulations being robustly applied – everything from building design and construction to tested alarms and suppression systems, such as sprinklers.

But containment is also a key factor – to prevent the fire spreading from its original location. Those protective barriers, often external curtain walling or internal glass screens, also serve to provide escape routes for the buildings occupants – a safety strategy lacking in many Asian fire tragedies in recent years.

At Wrightstyle, we have invested significantly in research and design in both our internal and external systems – curtain walling, fire screens and fire doors – developing technically-advanced products and systems that have overcome the limitations inherent in the glass itself.

Around the developed world, more stringent building and fire regulations have led to architectural and design teams taking a multi-disciplinary approach to assessing hazards: positively addressing the possible risks against that buildings occupants, structure, resources and continuity of operations. That assessment then guides the design team in determining acceptable risks and the effectiveness of the safety measures proposed.

But the demands of Western retailers and the buying public are largely cost-driven, and squaring the circle of price, worker safety and the wider environment is a constant challenge.

As Christmas approaches, and textile factories across Asia step up production, lets hope that fire regulations will be better served by stricter monitoring – and that, inch by inch, the lessons of fire safety become embedded in more jurisdictions worldwide.