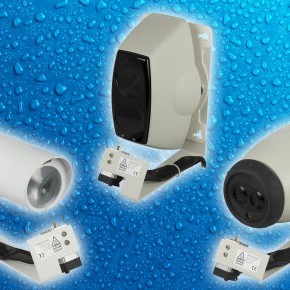 Fire Fighting Enterprises (FFE) has launched a range of anti-condensation heaters for its optical beam smoke detectors and reflectors.

The Fireray detector range has been developed to provide wide area smoke detection where it is impractical to use traditional point-type detectors.

There are two general types of detector: end-to-end, which consists of two detector heads; and reflective, which feature one detector head and a reflective prism.

In areas with lower temperatures, there is a risk of condensation forming on detector lenses and prisms. This can obscure the lens and prism, this reducing the amount of infrared (IR) light reaching the detector.

This has a similar effect to smoke and can lead to unwanted false alarms.

FFE’s anti-condensation heaters have been developed to combat the issue by circulating a current of warm air over the lens, raising its ambient temperature by up to 10°C.

This maintains the lens at an incrementally higher temperature than the surrounding air, reducing the likelihood of condensation forming on the lens.

The prism heater consists of an ultra-slim heating pad which is fitted behind the mounting plate.

As with the detector heater, by maintaining the temperature of the prism above that of the surrounding air, the risk of a false alarm is reduced.

In addition to being a solution to the issue of seasonal cold weather, the heaters can be used year-round on detectors and prisms located in temperature-controlled cold storage areas.

Heaters are available for use with the Fireray 3000, Fireray 5000 and Fireray 50R/100R smoke detector ranges, reducing the environmental impact of condensation and minimising false alarms.