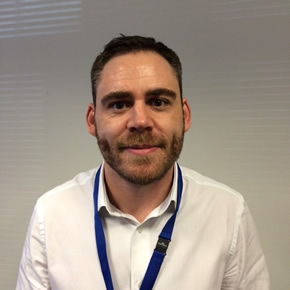 Taking up the position in Stoke-on-Trent, Mr. Webb will be responsible for managing and supporting FLIR’s distributor network in the North of England, Scotland and Ireland. He will be operating under a policy of continuous development.

As Key Accounts Manager, he will also carry out product training; boasting a Level 3 qualification in electrical installation and Level 2 in electrical inspection, thermography, test and initial verification, he has been considered well equipped for this demanding role.

Having previously worked for one of FLIR’s primary distributors, Acute Sales, Mr. Webb possesses a working knowledge of the company’s hand-held products, which he now represents.

He has been involved with the sale of FLIR’s Test and Measurement instrumentation, its FLIR C2 and FLIR Ex and Exx Series, as well as its FLIR T1K, for a number of years.