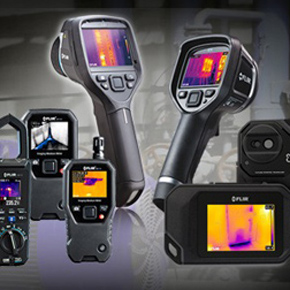 The FLIR Ex-Series of point-and-shoot thermal imaging cameras are also on offer, with savings of up to £839 across the range. The cameras are affordable replacements for a spot pyrometer that provide a complete radiometric picture of the thermal problem.

The FLIR Exx-Series is also included in the promotion. The range introduces interchangeable lenses that enable the camera to be used for an even wider variety of tasks, and feature manual focus that allows the user to dial to the optimum clarity and accuracy.

All camera models are covered by FLIR’s 2 year warranty on the product itself, and 10 years on the detector.