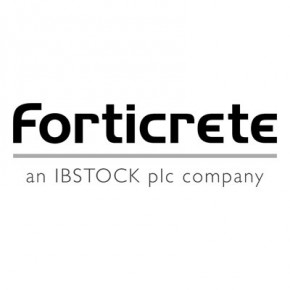 Forticrete is celebrating and recognising the services of one of its employees, Karl Stevens, Health, Safety and Environmental Co-ordinator, for 25 years at the company. 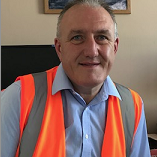 With an Honours Degree inEconomics, and a degree in Environment Management, Karl first worked as an electrical engineer before joining Forticrete in 1993. However, in October 1994 he helped the company establish its stone factory at Ibstock, and then moved into cast stone production. Karl is now the Health, Safety and Environmental Co-ordinator for Forticrete’s seven manufacturing facilities. Karl is still eager to learn more as he is set to begin his studies for a degree in H&S Management later this year.

During his time at the company so far, Karl was fortunate enough to see Forticrete hit a great milestone at its Anstone factory which recently celebrated 1,000 days since the last lost time accident (LTA). “If we send people home every day safe and without harm, then the day has been a good one,” says Karl.

John Lambert, Managing Director of Forticrete, comments: “Karl has played an instrumental role in Forticrete’s activities for the last 25 years. His passion for his job is evident and motivates the people around him. I would like to thank Karl for his commitment to his role – his experience is important in ensuring high levels are maintained across our manufacturing facilities.”

Forticrete, part of Ibstock plc, is the leading manufacturer of concrete roof tiles, architectural masonry and walling and cast stone. To find out more about Forticrete, you can visit the website here.