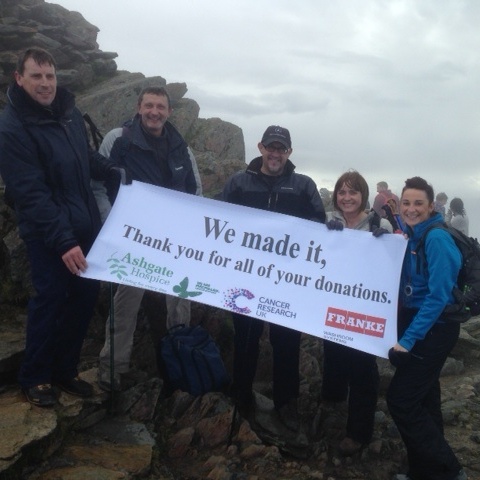 Andrew Dukelow Managing Director for Franke Sissons: People dont realise Snowden is our highest peak outside Scotland  its far more taxing than you imagine.  Thanks to all our supporters for donating.  The funds are to be split equally between the charities.

Franke Sissons Team Snowden present a cheque to Ashgate Hospice one of three cancer charities to benefit from the fundraising climb.