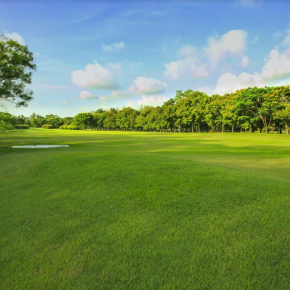 From grey to green: The role of SuDS in Britain’s green spaces with Aggregate Industries

As a growing body of research links parks and green spaces to wellbeing, the UK’s green infrastructure has never been more valuable in promoting health, positivity and a good quality of life within urban populations. At the same time, green spaces are also being increasingly sought as part of a way to provide much-needed flood risk management in built-up areas, amid the UK’s increasingly erratic weather patterns.

This piece sees Ian Geeson, Technical Manager at Aggregate Industries, describes why green spaces are a vital element of Sustainable Drainage Systems (SuDS) and the role they play in helping Britain to avoid flooding.

“Amid revelations that UK employees work the longest hours in Europe followed by negative statistics around poor mental health, there is now a greater onus on seeking better health and wellbeing than ever before.

Undoubtedly, Britain’s green spaces have a major role in this – with a growing body of research linking them to improved wellbeing, both in terms of physical and mental health, as well as better air quality. Indeed, a study by Fields in Trust found that parks delivered an estimated £34.2bn of health and wellbeing benefits each year (1).

More so, recognising the important impact that this vital green infrastructure has on society, The National Lottery Heritage Fund partnering with the National Trust launched the ‘Future Parks Accelerator’ scheme earlier this year (2).

The £10million government-backed initiative, the first of its kind in the UK, will see eight urban areas join forces in a pioneering programme designed to find sustainable ways to manage and fund parks and open spaces across entire towns and cities.

While the argument for green spaces in improving overall wellbeing is all but conclusive, a growing priority for local authorities is understanding how such spaces can aid more adequate flood prevention.

As we all know, amid the ongoing onslaught of climate change, the UK, as with the rest of the world, continues to battle extreme weather patterns – including relatively regular flooding.

This has become evident in recent months, with persistent heavy rains causing widespread flooding and chaos across many areas of the UK. Inherently, to prevent further flood damage tangible action must be taken now – and the utilisation of Britain’s green spaces is key.

Indeed, for decades, open green spaces have acted as a natural system for managing extreme weather events resulting in water overflows in both urban and rural communities.

However, with local authorities, developers and civil engineers alike under increasing pressure to look at ways to enhance green infrastructure and mitigate the impact of the UK’s flood warnings, not to be overlooked is the very real impact that using Sustainable Drainage Systems (SuDS) in parks and green spaces can have.

This can be achieved using a combination of techniques which can incorporate the existing traditional underground drainage systems coupled with SuDS options such as permeable and porous paving, gravel areas, filter drains and detention ponds.

SuDS techniques can be used for the irrigation of vegetation/soft landscaping utilising the water from underground and above ground water storage (ponds). These irrigation techniques have encouraged the development of green spaces in urban areas such as terraces, balconies and green roofs, trees and plants in streetscapes.

Essentially, this slows water flow rate to reduce flood risk, whilst managing pollutants on site. Added to this, ponds and wetlands, naturally, can store vast quantities of water and would form both a water storage option slowing down storm water run-off before feeding into the drainage network.

It’s worth noting that the benefits of SuDS are not just limited to flood prevention. From attractive planting features to increased biodiversity through to addressing soil contamination, many SuDS measures can actually improve the societal benefits of parks, nature reserves or play areas.

This will come as welcome news to local authorities and other organisations faced with delivering flood management alongside greater health and well-being benefits for local residents.

Park design and site layout around SuDS can be inherently tricky and needs to be carefully thought out, with dedicated guidelines set out in CIRIA 768.

Some aspects of technical design that should be addressed include allowing sufficient land take for SuDS when planning the site layout – typically 5 – 7% of the site area but this can be significantly less if source control techniques are used.

Other recommendations when integrating SuDS into green spaces include minimising impermeable areas and encouraging as much infiltration as possible in addition to avoiding pipes by using swales or open ditches.

Furthermore, using permeable surfaces for paths and parking areas or allowing runoff to adjacent soft landscaping are other key considerations.

As with any urban planning project, decision makers may face a number of challenges when adopting SuDS. Firstly, although SuDS can be used in any soil type it’s essential to carry out soil analysis during the feasibility stages using bore holes to check whether it is contaminated, as well as to determine what the bearing strength (CBR) of the soil is when saturated.

Another aspect for consideration is to decide whether the scheme is attenuation or infiltration and again is the ground suitable for infiltration. Determine what the water table depth is and are there any obstacles to avoid such as pipes, cables, or buried structures?

In terms of filtration, from the early design and planning stages engineers and contractors must understand where the water feeding into the SuDS scheme is coming from. Whether that’s roofs, car parks, agricultural areas and the like.

Moreover, they will need to consider the different types of filtration required. For example, detritus such as leaves, food packaging and silt compared with that for other waste. In fact, there are now a number of filtration options that can cater for all of these outcomes and it’s essential to take this into account from the outset.

Amid the certainty that there will be a greater incidence of flooding in the coming years, clearly then, it’s time for local authorities and developers to act now and put a proactive and well considered flood strategy in place.”