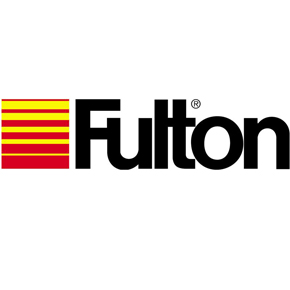 Fulton celebrates 50 years of manufacturing in the UK

Fulton Limited has celebrated 50 years of manufacturing heat transfer solutions in the UK, since first establishing itself in Bristol in 1966. The company recently hosted distributors, dignitaries and employees past and present at the M-Shed in Bristol to recognise the occasion.

Fulton Limited began initially manufacturing a range of vertical tubeless steam boilers primarily for use in the laundry and dry cleaning market and has since gone on to form an important manufacturing base in the corporation’s global network that also includes production facilities in the US, Canada and China.

The celebrations began with a tour of the current Bristol manufacturing facility which housed Fulton Limited’s largest ever plant room build featuring two of the company’s fuel-fired FB horizontal boilers.

During his speech, Gordon Bareham said: “I joined Fulton in the early 1990s as the company was going through major changes in every department and further centralising its operations in Bristol. This meant building a new office block and investing in plant, machinery and an extensive mezzanine floor for storage and production offices at the former Broomhill Road facility.

This was real proof of the owners’ commitment to the future of Fulton in the UK; and was quickly followed by the adoption of the ISO9001 Quality Assurance standard, with the British Standards Institute rating Fulton as an excellent example of a specialist manufacturer following and meeting the standard.

However, perhaps the most progressive change for Fulton at that time was the company’s move from simply manufacturing steam boilers, to designing and building skid-mounted and pre-fabricated packaged plant room heat transfer solutions, some of which didn’t even feature a Fulton boiler! While a steep learning curve for every department, Fulton succeeded and I’m proud to have played a part in what was a very important transition for the company.”