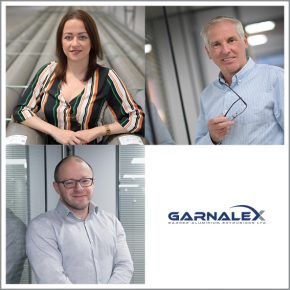 Garnalex, the company that aims to disrupt the aluminium window and door market with its innovative Sheerline® system, has made three more key appointments.

Dave Watts joins as Technical Product Director, Dave Wigley as Head of Marketing and Eilidh Hudson as Sales and Marketing Manager, with a combined industry experience of more than 70 years between them.

Dave Watts began at LB Plastics in technical support in 1982, after an apprenticeship at British Rail in Derby. In 1994, he joined HL Plastics as Technical Manager for Eurocell, helping grow and develop the company alongside Roger Hartshorn. He then set up Vintage Windows, becoming the first fabricator to use the Liniar system in 2007.

“I then joined Roger again when he purchased Wegoma, which I ran. Eighteen months later we rebranded this to Avantek. In 2015, Avantek and Vintage were purchased by Quanex as part of the HL Plastics deal, and I returned to HL for a further three years as part of that deal,” he commented.

The ‘next big thing’ in aluminium window and door systems has convinced Dave to join Roger once again as Technical Product Director.

Dave added: “To help the Garnalex technical team develop fabrication-friendly solutions and introduce innovative ideas based on feedback from my network of fabricators.”

Dave Wigley has joined as Head of Marketing after 22 years’ experience at Eurocell and Synseal. Dave was responsible for creating a consistent identity across the rebranded depot network which grew from 6 to 120+ branches during his time at Eurocell, as well as bringing Synseal’s WarmCore and Stratus lantern brands to market. Dave will oversee website design, product branding and the overall Garnalex marketing strategy.

He commented: “My creative background in design and branding is now focused on the Sheerline brand, making sure that everything we produce adds value and helps our customers fabricate and sell the Sheerline® system.”

Eilidh Hudson’s previous experience has been gained across sales, business development and marketing. This included roles at Spectus Window Systems, the Epwin Group and most recently as Technical Sales Manager for Senior Architectural Systems.

Her new role, driving sales at Garnalex, will see her maximise her talents in new product launches and harness her knowledge of the aluminium market. Eilidh will also lead the Garnalex Ambassador Workshops.

“Because the Sheerline window system is not like any other aluminium system; it’s a generation ahead in how it goes together and is installed.

“Fabricators and installers will be able to learn more about the new systems launching in the coming months, and can email me at [email protected] to find out more!”

Roger Hartshorn, Garnalex CEO, commented: “We are building a steadily-growing team of proven industry experts at Garnalex House and at the state-of-the-art Nether Heage £9-million factory. I look forward to working with all the team on #AluminiumButNotAsYouKnowIt!” 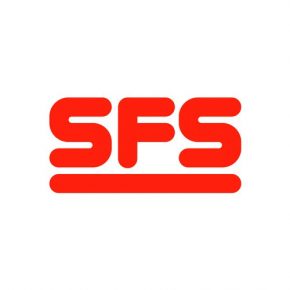 Fasteners, fixings and everything in between for fast track construction - SFS 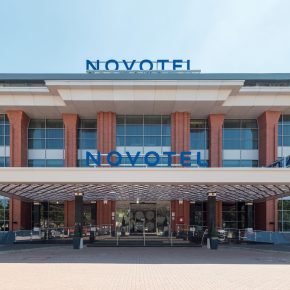 GEZE helping hotels back to health

GEZE has launched ‘Helping Hotels Back to Health’, an initiative designed to help its hotel partners make small but significant changes to their properties. 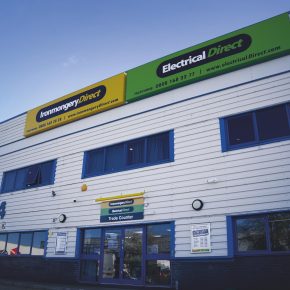 IronmongeryDirect and ElectricalDirect, are now offering Same Day Delivery for customers with a SS, CM, or RM postcode for orders placed before 12pm, Monday – Friday.

Garnalex, the company that aims to disrupt the aluminium window and door market with its innovative Sheerline® system, has made three more key appointments. Dave Watts joins as Technical Product Director, Dave Wigley as Head of Marketing and Eilidh Hudson as Sales and Marketing Manager, with a combined industry experience of more than 70 years[…]