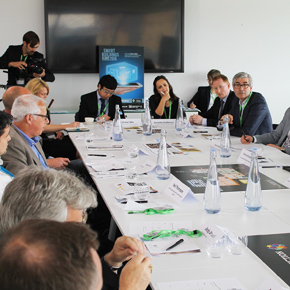 Do smart buildings represent the greatest opportunity for new, disruptive entrants such as Google, CISCO or IBM to change the way we work forever? This was the topic on everyone’s lips at the recent Smart advisory panel discussion, hosted by Smart Buildings 2016 as part of UK Construction Week.

The roundtable discussion was chaired by Ian Ellis, Marketing Manager at Siemens Building Technologies, and was made up of leading figures in the digital construction industry.

Fragmentation was the most recurrent theme at the discussion, as the panel explored the current barriers to achieving a truly smart building. 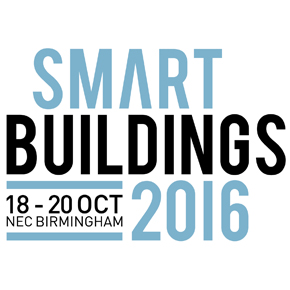 Smart Buildings will take place as part of UK Construction Week from the 18th – 20th October at the Birmingham NEC.

Simon Buddle, Education Director at CEDIA, echoed the thoughts of many when he said that a lack of inter-operability was a major stumbling block when it came to the technology itself. He stated that many manufacturers claimed inter-operability when this was simply not true.

In the residential market in particular, we would need to find a common platform through which homeowners could manage all their connected devices, otherwise they would disengage.

However, David Frise, Head of Sustainability at BESA, suggested that it was the broader fragmentation of the industry as a whole that would prove the greatest barrier to progression.

By breaking everything into packages – lighting, heating, fire protection for instance – there is no-one giving a holistic view of what the building can achieve. Whilst initiatives such as soft landings encourage the end user to become involved from the outset, this holistic approach is soon undermined by a contractor looking to value engineer – and it then becomes about saving money.

You need a fundamental change in the process, suggested David Frise, as many clients simply can’t afford the building they put into planning, so the specification is soon chipped away.

A change of mindset

There needs to be a much greater understanding of smart buildings and their benefits, according to Andy Attwell, Sales Director at Savant Europe. He noted that smart technology in the home is currently pitched as a luxury lifestyle decision as opposed to cost saving.

Neil Thompson of Balfour Beatty agreed with this sentiment, asking whether we need to empower consumers more with information? Or conversely, do we need to change what we sell? Should energy providers look to provide a ‘comfortable living environment’ rather than a cost per Kw-h?

The ‘sell’ shouldn’t just be about energy savings but instead needs to link to social challenges, according to Jeremy Myers of The Worktech Academy. Smart buildings need to link to very specific economic and social goals – such as equipping an ageing population with the facilities to keep living in their homes, and addressing the relationship between the workplace and the productivity crisis.

In the domestic market, it was said that companies that have already implemented technology to enhance their service are making in-roads – from insurance companies introducing safe driving apps, to British Gas’s Hive application.

It was agreed however that Google’s purchase of Nest was the most interesting and perhaps the starkest warning. As the construction and IT industries converge, the potential for disruptive new entrants increases. The panel concurred that there needs to be massive change throughout the construction industry, whether we change it ourselves, or whether someone does it for us.

Nathan Garnett, Event Director for Smart Buildings 2016 concluded: “Of all our advisory panel discussions, Smart has certainly been one of the most thought provoking. Here we have a sector that is still essentially at the early-adopter stage – and facing possibly the greatest challenges; from changing mindsets and completely changing the way we work, through to the potential threat of new entrants – some of them global giants.

Rich in innovation and forward thinking, it’s a hugely exciting area that will be fully explored at Smart Buildings 2016 as part of UK Construction Week. Truly a must-see for those interested in the future of the construction industry.”