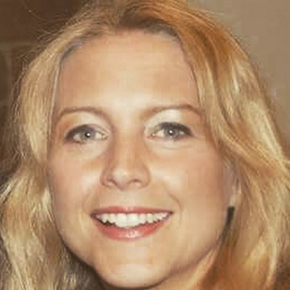 The VEKA group were left on cloud nine as they found out they were nominated for two awards at this year’s G17 Awards.

Window and door systems  manufacturer VEKA are vying for glory in the ‘Training & Development Initiative of the Year’ and the ‘Unsung Hero Award’, the latter courtesy of its Head of Human Resources, Gabriela Hammond.

Gabriela (above picture) started at VEKA as a graduate trainee 16 years ago, becoming Head of HR in 2012.

Her nomination came as a shock to her, saying: ““I was so surprised when I heard the news but also absolutely delighted. It sounds like a cliché but even just to be nominated is fantastic.

“There are 400 staff at VEKA and I try my best every day to make sure they are all happy at work and know how much VEKA values them. As I’ve been here for over 15 years, I’ve learnt so much.

“I’ve grown professionally and personally so all of the training programmes and employee initiatives that I help out with are there to hopefully do the same for both current and future employees at VEKA.”

As a champion of the Dale Carnegie training programme, Gabriela has been a major part in helping 70 members of staff complete the course and was part of the team that created and launched VEKA SPIRIT, an initiative that encourages staff to take pride in their workplace, share ideas and support their colleagues. 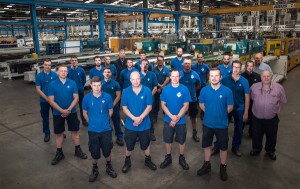 In terms of training, VEKA Group is at the forefront of helping its staff develop into their full potential. From apprenticeship level – such as the BIT qualification – to the Dale Carnegie leadership course, the company nurtures its employees at every stage, all part of why VEKA received the  ‘Training & Development Initiative of the Year’ nomination. 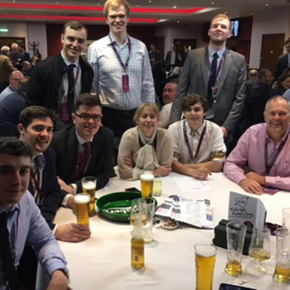 In the past year, VEKA have taken health matters very seriously. An emergency defibrillator has been installed at the site’s main reception and a mental health first aider, along with an EAP (employee assistance programme) free helpline have also been arranged for VEKA employees.

“The vast amount of training, opportunities and employee benefits on offer at VEKA allows us to stand out from the crowd. We value our staff more than anything and want to ensure that not only is VEKA a fun place to be, but somewhere that employees can be proud to tell others they work at,” said Gabriela.

The G17 awards will be held on 17th November at the London Hilton on Park Lane.