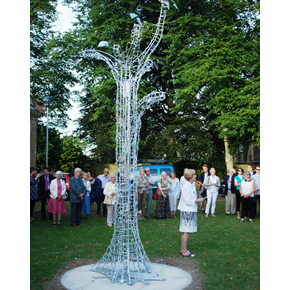 Acrow Galvanizing has partnered with Cambridge’s Sawston Village College to protect a World War I memorial, which has been created by its students.

The plant, which is part of Wedge Group Galvanizing, worked with the secondary school to galvanize the memorial, which was made to commemorate fallen WWI veterans from the local area.

The sculpture was constructed by Neil Jones, a former pupil at Sawston Village College. At 4 metres high, it depicts a tree made from steel; the bark is engraved with the names of those who lost their lives in the Great War. 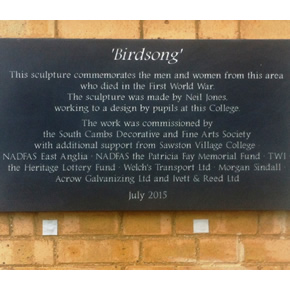 Acrow Galvanizing provided its galvanizing services to the school on a complimentary basis.

The plant’s Commercial Manager, John Nicholson, also intends to return to the college to discuss the long-term benefits of galvanizing with its students.

Following its treatment, the sculpture was unveiled with a dramatized performance by the pupils, which showcased the design process from initial conception through to completion.