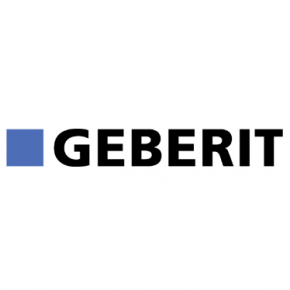 The Geberit-sponsored Heating Installer Awards 2019 winners have been announced, recognising talent in the industry and commitment to producing work of the highest quality.

The judges had their work cut out with an incredibly high standard of nominations, which made it difficult to separate some the more stand-out entries.

The annual awards scheme celebrates the achievements and raises the credibility of plumbers and heating installers who deliver excellent work and customer service on a daily basis, showcasing the superstars of the industry who can go unnoticed.

Tony Dumble of Unequaled Heating, was announced as the national winner, picking up the accolade following a judging day, a peer-reviewed technical challenge and a massive public vote.

Andy Lever, Commercial Sales Director at Geberit, presented Tony with his award at the industry trade show, Installer2019, on 8 May.

The awards offer installers the opportunity engage with other industry professionals and businesses they may not previously have had contact with, to receive more business, and give their customers extra assurance through the association with the awards.

In addition to industry-wide recognition, Tony bagged incredible prizes at both the national and regional stages of the competition, including an Apple watch and a Dash Cam.

Speaking of his accomplishment, Tony commented: “It has been a tough competition this year and I’m absolutely over the moon to have won. There is so much out there now, so much good quality work, so to be recognised for mine is fantastic.”

Andy Lever, Commercial Sales Director at Geberit, added: “Everyone at Geberit is delighted to have been a part of a scheme which celebrates tradespeople who go above and beyond for their customers.

“It was a pleasure to present Tony’s award for his stellar service, flawless craftsmanship and high attention to detail. I’d also like to congratulate all the other nominees, in what proved to a be an extremely tough competition with such a high standard of entries.”

The Heating Installer Awards 2020 will open for entries later this year, with exciting developments set to be announced soon.

For more info and to register interest for next year’s awards, visit www.heatinginstallerawards.co.uk