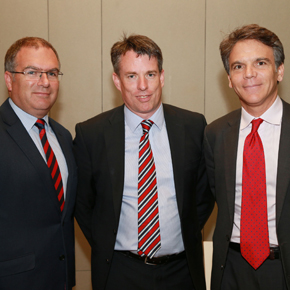 Gerflor has been announced as the principle sponsor of the Royal Institute of Architects Ireland (RIAI) awards programme for 2016.

Now celebrating its 27th year, the RIAI Irish Architecture Awards recognises the best architecture in Ireland and around the world.  The annual awards promote the best architecture across a range of categories, including; commercial/retail projects, education, health, leisure, housing, public buildings and sustainability.

The programme began in February this year, with project submissions assessed by the RIAI panel in April/May to create a shortlist. A ‘public choice’ voting campaign started at the end of May, with the final award winners set to be announced on the 24th June.

The shortlist and winners will be announced on Morning Ireland, RTE Radio One.

The RIAI Awards night will be held at the 17th Century Royal Hospital in Kilmainham on the outskirts of Dublin on the 24th June 2016. RTE TV are expected to cover the event.