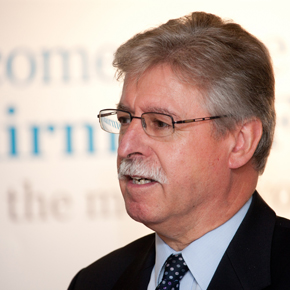 The Glass and Glazing Federation (GGF) has announced the launch of an independent ADR Scheme, as a response to the EU ADR Directive established on October 1st.

Alternative Dispute Resolution, such as arbitration and ombudsman schemes, are being promoted by the Government under the EU ADR Directive.

Whist the Directive will not make ADR mandatory, it will establish a “business obligation” for all businesses who sell to consumers to comply with. This consists of:

In essence, the trader must provide the consumer details of an ADR provider but does not have to agree to use ADR.

GGF has responded to the EU ADR Directive with the launch of The Glazing Arbitration Scheme (TGAS) to provide an easy solution.

Available free to GGF Member companies, the scheme will be the primary ADR initiative for the glass and glazing industry.

Membership of TGAS will also be available to FENSA registered firms who wish to “opt in” to ADR, free of charge until the end of 2015.

Consumers will be signposted to TGAS by the Citizens Advice help desk being set up to take consumer enquiries regarding ADR.

However, consumers will have had to go through the GGF Conciliation Scheme or FENSA complaint process for at least 56 days and still be in dispute before being able to progress to arbitration.

Brian Smith, GGF Director of Home Improvement, commented: “After consultation and feedback from GGF Member companies, it was evident that an arbitration scheme was preferred to an ombudsman scheme.

The Members felt that TGAS would weed out vexatious and frivolous claims from consumers. We are very happy to continue our excellent relationship with CEDR, and would emphasise that with TGAS the parties can always be certain that the dispute is being handled by a professional arbitrator who is a member of the Chartered Institute of Arbitrators, which will ensure a fair and just decision in all cases”.

TG Escapes, the team behind Modular Classrooms, explore how it can have a positive impact in the learning environment, now children have returned to school.

Peri LTD, one of the world’s largest manufacturers of formwork and scaffolding, recently had Gatic CastSlot installed at its extensive multi-purpose service yard.

Staff at CMS Group are voluntarily taking part in a programme to help wildlife thrive at the company’s main manufacturing site and have been recognised for their efforts by leading UK wildness charity, the John Muir Trust.

Contour asks whether LST radiators can be recycled?

Contour has been talking about the recyclability of LST radiators and radiator covers when they come to the end of their lifespan and need to be replaced.