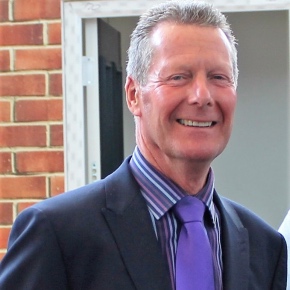 Glass and Glazing Federation says goodbye to interim Chief Executive Brian Baker, having had connections with the GGF since 1983 and contributing to the federation for over 25 years.

Brian was at one point a regular contributor to over 25 GGF Specialist Technical Groups, Committees, Technical Working Parties and Regions and as a Board director. He has had connections to the GGF since 1983 when he was an employee of GGF Member Solaglas and attended the GGF Laminators Group.

The Federation’s move in October 2016 to the GGF’s present offices in Southwark was overseen by Brian, among various other big changes.

Brian was elected GGF President in 2014 and after his two year tenure he then returned as interim President in the latter half of 2016.

Brian’s plans for retirement were cancelled when long standing CEO Nigel Rees retired and Brian was asked by the GGF Board to step in as the GGF’s interim Chief Executive, until Phil Pluck started his tenure as the new GGF Chief Executive.

Brian commented on his retirement: “I would like to take this opportunity to thank all the GGF staff and Members for their incredible support throughout my time as President and Chief Executive. It is because of them that the GGF has become the main trade organisation in the industry.”