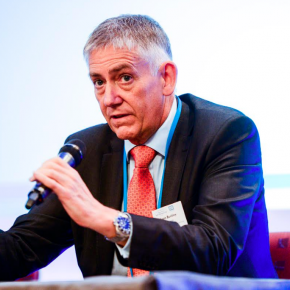 Having represented the industry at a recent Government meeting on a potential no deal Brexit, Kevin Buckley, GGF Group Chief Executive, has issued a reflective statement.

This statement contains advice to all companies in the industry, should the UK leave the EU on 29 March, with no withdrawal agreement.

Although a no deal Brexit is supposed to be a low probability (with the worst case being a backstop), there seems to be no end to the frantic coverage on that very scenario becoming a reality.

A few weeks ago, at the Construction Leaders Council Forum regarding the possibility of a no deal Brexit, the following potential implications were discussed, should a no deal Brexit be the eventual outcome.

These will continue ‘as-is’ EU standards may be rebranded as UK standards. However, the reverse is not true. After a no-deal Brexit, anyone putting products on the market that have to comply with CPR ongoing testing and will have to undertake any retesting with an EU accredited body (not in the UK).

If you import from the EU, you will have to pay VAT at the point of entry to get access to your goods. There is a HMRC guidelines document about this which you can find here

From day one of a potential no deal Brexit, imports and exports will be regulated by existing World Trade Organisation (WTO) agreements – it is advisable to be ready for this in advance! In the case of a no-deal Brexit, it is highly unlikely there will be any alternative import deals that are more favourable to the UK

A recent white paper on immigration could affect your business should there be a no deal Brexit.

The criteria of this white paper appear to be;

Note – all of the above may change as this is only a white paper at present.

Above all, the message from Government and from the GGF is; be prepared. There can be no doubt that things could become somewhat chaotic on day one and for some months afterwards in the event of a no-deal Brexit on 29 March.

Though many believe that eventually EU/UK business drivers will come into play. The GGF concern is that, for some of our Members who are in the SME category, those months of disruption could create some business specific issues around cash flow, supply of goods and completion of work.

The GGF will continue in discussions with Government on Brexit and will inform its Members first on any significant events.

For more on the implications and outcome of the GGF’s meeting with the Government, visit: https://www.ggf.org.uk/ggf-members-first-brexit-news/