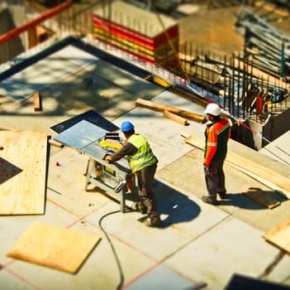 Glasgow University given the go ahead for £1bn redevelopment

Councillors have given the go ahead to Glasgow University for its £1bn redevelopment of the former Western Infirmary Site in the city.

Around £430million is expected to be spent over the next five years on the first phase of the project, which is part of a wider £1billion investment that will run until 2026.

The extension on the 14-acre site of the old Western Infirmary is expected to be a “major economic driver for the city”, adding £130million to the local economy.

It has been estimated that over 2,500 jobs will be created during the construction of the ten year redevelopment.

Anton Muscatelli, Principal and Vice-Chancellor Professor expressed the importance of keeping disruption to a minimal for both the University and the West End. Therefore, the University plans to work closely with community groups to ensure that those living and working in the area are respected.

He also commented that this will be one of the biggest educational infrastructure projects in Scotland’s history and it is the biggest development undertaken by the University since it moved to Goldmorehill 150 years ago.

Phase one of the project will involve a new Learning and Teaching Hub, a Research Hub, an Institute of Health and Wellbeing, the Adam Smith Business School, a base for the College of Arts and a significant upgrade of the chemistry building.

Furthermore, phase two is expected to start in 2023 and will include a new Teaching and Research space for engineering, and Innovation Quarter on hutch Street, a building for research into chronic diseases and the creation of a Social Justice Hub.

Demolition is set to begin this summer and a new research hub, public square with pedestrian and cycle links and the refurbishment of five listed buildings will start the project.