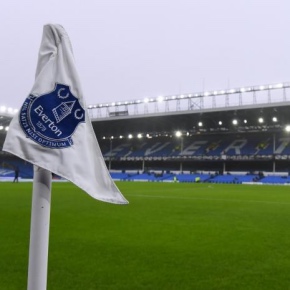 Everton FC has came to an agreement with landowners Peel Holdings, to acquire land to build a new £300m stadium on the banks of the River Mersey at Bramley Moore Dock.

Whilst the club is unlikely to complete the site purchase until it has obtained full planning for a stadium, the announcement does represent the beginning of the process that is likely to see Everton leave Goodison Park.

Liverpool City Council will act as a guarantor to help Everton secure funding for the project. Liverpool Mayor Joe Anderson said the purchase agreement was a significant step moving forward.

He commented: “We will provide security using our status as an organisation, enabling them to go the market to secure a loan. It won’t cost Liverpool City Council taxpayers any funding… Indeed, the reverse is true. Out of the deal for that security [Liverpool City Council] would receive a substantial amount of money, in excess of £4.4m every year.”

“For us it is a great deal – we’re spending no money. It is also a fantastic deal for the city because it helps us revitalise north Liverpool. It will be a catalyst for that particular area.”

It has been reported that Goodison Park – Everton’s home since 1892 – could be preserved as part of a “vital legacy project” in Liverpool. The football ground may be converted into facilities for the club’s award-winning Walton Hub charity, to go alongside the Everton Free School and community centre.

An official statement presented to the Council Cabinet read: “EFC intend to use the Stadium move to facilitate a vital Legacy Project at Goodison Park, delivering health, education, affordable housing and public spaces for the local community which is likely to stimulate further investment in the L4 area and will create social, environmental and economic benefits. Details of this will emerge from EFC in due course.”