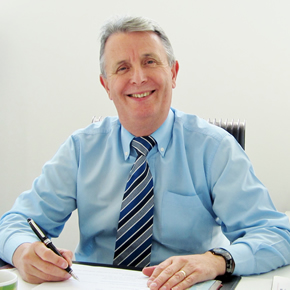 Since her appointment, Prime Minister Theresa May has made a number of changes to the cabinet and government departments. The Glass and Glazing Federation (GGF) has embraced the new structure, which could benefit the UK’s energy efficiency.

Since the EU Referendum, the Conservative Party has entered a new era with Theresa May as Prime Minister. Within a few days of her appointment, a new cabinet was formed, with only several ministers from Cameron’s government upholding their positions.

This new division will unite responsibility for business, industrial strategy and science and innovation with energy and climate change policy.

These departmental changes will enable the GGF to start fresh dialogue and build relationships with new ministers and government officials. However, it intends to seek clarification from the new BEIS to confirm its level of commitment to ‘climate change’.

Despite this, the Federation believes that the glass and glazing industry will benefit from the newly created the Department for International Trade and the Department for Exiting the European Union, which is responsible for overseeing preparations and negotiations for Brexit.

It has been made evident that the previous government’s energy efficiency schemes, such as the Green Deal and ECO, were failing to provide the construction industry and consumers with the solutions they required.

The GGF hopes that Theresa May’s cabinet and departments will pay attention to the industry, and work with it to develop a progressive, long-term plan.

Whilst the Federation anticipates that the government changes will have no immediate effect on its current campaigns and strategies, its political advisory firm – GK Strategy – has predicted that there will be more reward in focusing its efforts in engagement with senior civil servants over the next six months.

The GGF’s short-to-medium term strategy will be to attempt to influence existing and imminent policies relating to energy efficiency, rather than to try and engage in the overall agenda of the departments.

This will give the new cabinet time to establish itself; existing policies may also be easier to influence in light of the government’s own admission of the Green Deal and ECO’s failures.

The Bonfield Report is an independent, government-commissioned investigation into energy efficiency in the UK. Covering consumer advice, standards, protection and enforcement for the nation’s home energy efficiency and renewable energy measures, the report aims to highlight the failings of the previous government’s schemes.

The report, which is scheduled for release next month, will provide recommendations for the progression of the UK’s long-term energy efficiency policy.

The GGF has participated in the Bonfield Review over the past six months; when the Report is published, it will analyse the findings and prepare a response, offering solutions that will be of benefit to the glass and glazing industry and its consumers, as well as the government.