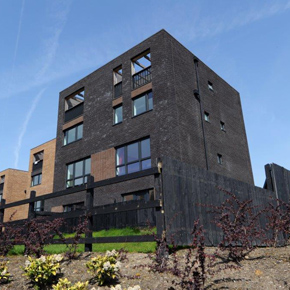 Recent government figures have shown that the number of housing projects starts has fallen over the past 12 months, leaving the UK a long way off the 200,000 homes per year outlined by David Cameron in the lead up to the general election.

Figures show that new housing projects have dropped 1% over the year and 6% over the last 3 months to 136,320.

Glasgow City Council are just one of many local authorities which are looking to counter this issue at a local level, having recently announced its comprehensive housing strategy People Make Glasgow Home, which will deliver 25,000 homes by 2025.

A key issue with many cities around the UK is that the lack of affordable housing must be balanced against finding the physical space within the city.

As part of the People Make Glasgow Home campaign, there has been a selection of creative measures to release and repurpose areas within the city, including transforming empty shops into housing and opening up 20 new sites for development within the first year of the programmes launch.

Gary Climson, Managing Director of McTaggart Construction, agreed: “We firmly believe this commitment by Glasgow City Council will further support the delivery of public sector housing in the city, driving the realisation of Glasgow’s newest city centre quarter and enabling us to continue our ambition to create quality homes and communities throughout Scotland.”

The People Make Glasgow Home scheme will be complemented by the Sustainable Glasgow programme, which aims to support a green re-industrialisation of the city to becoming a smart, sustainable and low carbon city.

Sustainable Glasgow Manager, Duncan Booker, recently gave an exclusive interview to Scotland Build, which will bring further discussion on the housing sector within Scotland to the SECC this November. Commenting on the impact of Sustainable Glasgow on house building, Duncan said:

“The city’s domestic energy efficiency programme has levered in significant amounts of national and local funding to improve housing for tenants and home-owners.  It has helped them to save hundreds of pounds a year off their fuel bills and also maintained and created jobs in the industry.

The new homes at the Athletes Village are models of energy efficiency in their construction and the whole development has been a national exemplar for sustainability in construction.  The city now aims to continue this success with the new Sighthill development.”

Whether the model can be adapted across the UK remains to be seen, but Glasgow looks on track to ensure that Scotland and the UK keep building houses required to sustain the ever-growing population.