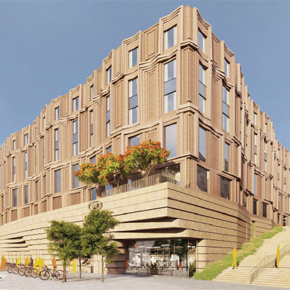 A new quarter for the historic city of Chester has received planning permission. The £300m Chester Northgate development, designed by ACME for Cheshire West and Chester Council, will dramatically enhance the city centre. ABC+D takes a look… 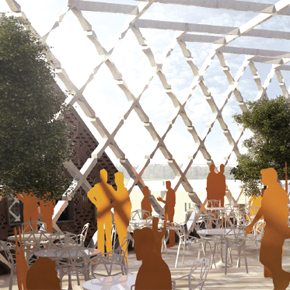 The city has been promised a new shopping, leisure and residential development. The new shopping streets, parades and plazas will connect seamlessly with the existing urban fabric. This investment will renew a key area within the city, strengthening the local economy and making Chester a better place for visitors and residents alike.

The unanimous planning decision for approximately 500,000ft2 of new shops, restaurants and leisure facilities will be constructed over two separate main phases. The first phase, due to start on site in 2017, will see the creation of a six-screen Picturehouse cinema, which will open up at ground level to the new Market Square and Hunter Street.

Restaurants will be added to the existing Chester Library building and will serve the city’s cultural centre – Storyhouse. The current Chester Market and Crowne Plaza Hotel will be replaced with a new market hall and 167-room four-star hotel, with conference facilities. New homes and a department store will be created as part of the second phase of development.

The masterplan extends streets and lanes, with new squares and buildings designed to reflect the urban scale of Chester. Extensive research into local architecture and materials ensures that the look of the new buildings reflect the varied context of the city.

This development should work for the future of Chester while addressing its historic fabric, working sensitively around archeological deposits. Northgate will become a new part of the city centre that embodies the strong identity of Chester, enhancing a once neglected area.

The former library building will be extensively refurbished, with a new route opened up through the centre that provides access from the Town Hall Square to the new Market Square, made up of a series of arches. The main façade has a strong local identity and will be retained, while the façade facing Market Square will become a series of gable-ended bays formed of dark horizontal fins of bronze-coloured anodized aluminium.

Designed as a reinterpretation of the nearby Tudor-style aesthetic, these bays will feature deep setback glazing, providing a strong rhythm along the street edge. 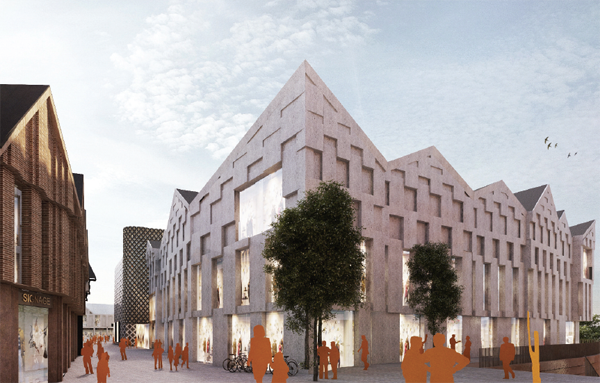 The cinema will be strategically located near to the existing Storyhouse, creating a new leisure zone for the area. Resting on top of the market building, it has been developed as a collection of sloping boxes that match the cinema screens contained within.

As the screens don’t require natural light, a textured façade is proposed for the exterior that breaks down the mass of the building and offers opportunities for dramatic lighting at night.

The market hall will be identified by a series of arches that wrap round the outside, with a canopy that projects out and provides covered spaces for people to eat and rest. The arches continue inside and are arranged in a complex geometry of single and double-span gaps, ensuring that the spaces inside are varied.

The old Crowne Plaza Hotel will be demolished to make way for a new hotel, viewed from St. Martin’s Way, Town Hall Square and Watergate Street. The proposed building is comprised of an intricate brick pattern that recalls the local Victorian tradition of using this material decoratively.

Windows will be framed by stepped, recessed bays that run around the entire exterior. These upper levels will sit on top of a plinth made up of pigmented acid-etched concrete.

A rooftop restaurant will crown the hotel with a folded timber-framed structure, providing panoramic views out over Chester. The ridges and valleys formed by these pitches are familiar in the roofscape of the city.

Friedrich Ludewig of ACME said: “It is rare to have an opportunity to reshape and restore a city centre with as much heritage and history as Chester. Working with councillors, market traders, businesses and residents for the last four years, we have been able to shape a scheme that balances urban aspirations, commercial opportunities and cultural potential to create a true mixed use development for locals and new visitors alike.

We’re delighted that Chester Northgate has received planning permission and look forward to continuing our work with the council to regenerate this historic part of Chester which has been eagerly awaiting the start of Northgate for well over a decade.”

Councillor Brian Clarke, Cabinet Member, Economic Development and Infrastructure said: “The development of Northgate has been a long held ambition.

When it became clear that the private sector was not going to deliver what the city needed, the council took control with the view to progressing proposals to a stage where the private sector is willing to invest. Obtaining planning consent is a major component. This proposal delivers a new development that will feel like Chester and not just like any other city.”

David Lewis, chief executive of Rivington Land, the council’s retained development manager, said: “Obtaining this resolution to grant planning consent for Chester Northgate is a massive achievement on the path to delivery of this significant scheme.

In combination with the level of occupier demand we are witnessing, and the recent exchange of contracts with Picturehouse, this consent represents real progress and a major corner piece of the overall jigsaw. The application on such a sensitive site was very complex and this decision is a huge complement to the talented design team involved.”

Following the timely completion of phases one and two, the entire development should be open for business in 2021.