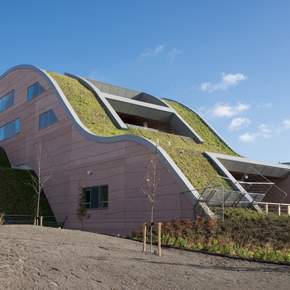 Designed by BDP, the £237 million hospital was inspired by the drawing of a 14-year old patient. As Britain’s first NHS health park for children, the establishment spans over 60,000 square metres; the building accommodates 270 beds in spacious room and wards, which are spread across the main hospital and the outpatient’s department.

Work on the hospital commenced in March 2013. The project’s main contractor, Laing O’Rourke, appointed Prater to complete its green roof system and install metal standing seams for the roof canopies. The company also adopted responsibility for the composite cladding and louvres to the hospital’s plant rooms. 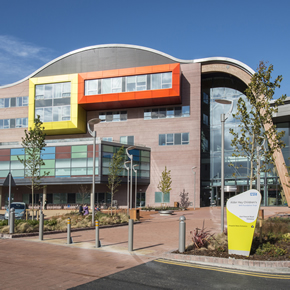 Due to certain areas of the building being inaccessible, building materials had to be delivered by rope. A suitable waterproofing system also had to be selected for the green roof application; Prater chose Verdiseal, a Dow liquid applied system with elastomeric properties.

As a two-coat system, the product was easy to apply. It allowed those working on the less accessible areas of the roof, where the pitch was as much as 45º, to work safely and promptly. It provided an adequate base for the green roof, which was installed by Prater on site.

The hospital was completed in September 2015, with Prater starting work in 2014. Patients and staff migrated from the existing building in October; the previous Alder Hey hospital is scheduled for demolition and its materials will be recycled, allowing the local community to make use of the space as parkland.