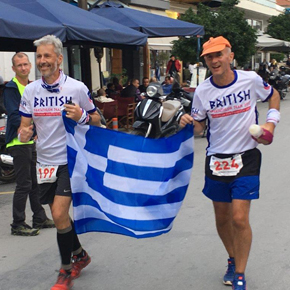 A 153 mile, ultra marathon from Athens to Sparta… sounds tough. Not for REHAU‘s National Sales Manager, Laurence Chownsmith, however.

53 year-old Laurence, based at the REHAU offices in Slough, took his place in the Spartathlon 2017, being one of only 25 British runners participating.

An active part of the REHAU cohort for nearly 20 years, he has been instrumental in the growth and development of the company’s Building Solutions sector.

His friends, family and colleagues were able to track his progress throughout what is often described as the world’s most gruelling race, thanks to special GPS technology.

A keen runner for over 30 years, Laurence had to negotiate muddy paths, rough tracks and steep hill sides, even having to run up and down Mount Parthenio in the dead of night, completing in 35 hours. 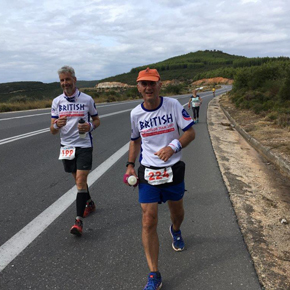 The history behind the Spartathlon is particularly fascinating; taking place in Greece every September, it courses a 246km route that follows in the footsteps of Pheidippides, an Athenian messenger sent to Sparta in 490 BC to seek help against the Persians in the Battle of Marathon.

According to records, Pheidippides completed the journey in a day and a half; a time which modern day Spartathlon competitors would be happy to replicate. 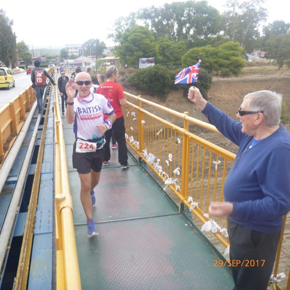 Commenting on his endeavours, Laurence said: “It was quite a challenge to complete this ultra marathon but I am really happy that I was able to push through and get to the finish line.

“I have been training diligently and have been running at least three times a week with a long Saturday and Sunday run in the Windsor Great Park.

“This year for the Spartathlon I concentrated on speed over a 3 hour course. I am very grateful to the support extended from all my colleagues at REHAU and my family and friends that followed my progress through the race and am looking forward to the next challenge.”