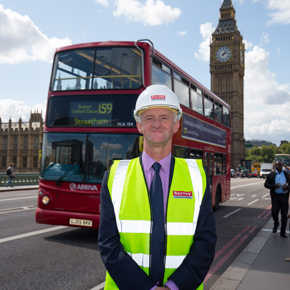 Following the acquisition of Solmatix, Harvey Group PLC has established a new office in Dunstable as part of a multi-million pound strategic expansion in Great Britain. 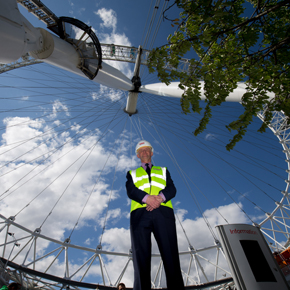 Herbie Watterson of the Harvey Group

The Harvey Group, a mechanical and electrical building services contractor based in County Antrim, hopes that the expansion into Dunstable will help facilitate further growth in the UK and allow the firm to maintain its customer focused service in the South East.

Herbie Watterson, the Harvey Group’s operations director, said that the move was in response to the increasing number of contracts the Newtownabbey M&E services company was winning in Great Britain.

He commented: “Over the past number of years we have won substantial business outside Northern Ireland and our new office which will initially accommodate up to 15 staff has been opened with a view to increasing our employment numbers beyond our current Group figure of 110 to around 150.

In the past couple of years we have invested around £2m across the business and our GB expansion will bring the total invested to around £4m by 2018.”

The Harvey Group boasts over 35 years’ of experience in the design, installation, commissioning and maintenance of building services within every major sector throughout Northern Ireland and Great Britain.

The company achieves an annual turnover of over £30 million and currently employs 110 staff.

In the past year, the Harvey Group has completed a number of high profile projects including Kings Hospital Windsor Walk; Sheffield Hallam University; The Titanic Building, Belfast; Kingspan Stadium, Belfast and the Queen’s University of Belfast’s Centre of Experimental Medicine.

The company has secured a £20 million order book so far for 2016/17 in the UK, including projects at Luton Airport, a CAT A Office Fit-out in Fenchurch Street and Lynchill Academy in Reading.