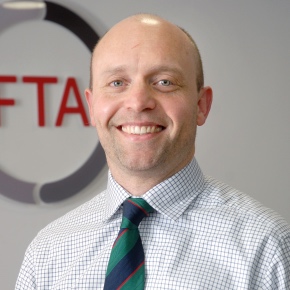 Heathrow expansion “vital to global trading” according to FTA

The expansion of Heathrow airport is of utmost importance if the UK is to retain its position as a global trading hub, according to the Freight Transport Association (FTA).

The FTA, a key membership association in the logistics sector, has called for a swift resolution to the debate on whether to construct a third runway at Heathrow, before the airport loses further prominence in global trading to its European neighbours.

Alex Veitch, the FTA’s head of global policy, commented: “FTA has consistently supported the construction of a third runway at Heathrow, in preference to Gatwick. Our members believe it will deliver greater economic benefits to the whole of the UK from what is the key logistics hub for the entire country.”

Cargo is imported and exported to Heathrow from 185 destinations in 84 countries worldwide, providing a vital link in the UK’s supply chain. However, without expansion, the FTA fears the UK will lose ground to competing European airports, including Paris Charles de Gaulle and Schipol.

Its calls have been backed by the York Aviation Report, jointly commissioned by FTA and Transport for London (TfL) in 2015, which suggests that failure to expand capacity would have a detrimental effect on future trading partnerships, as well as shippings times and costs.

In a post-Brexit world, this will prove especially important as the UK strikes new deals across Asia, South America and the Indian sub-continent.

Veitch continued: “The UK will be trading with increasing numbers of partners beyond the shores of Europe, and will need to find alternatives for delivery of goods beyond the traditional road freight model – an option which will be accommodated by the provision of a new runway.

In addition, the government’s stated objective, to increase UK exports to the rest of the world, will only be achievable with increased capacity at Heathrow:  the promised development needs to be undertaken as quickly as possible after the General Election”

To offset the environmental impact that Heathrow expansion would cause, the FTA has proposed for Air Quality Limits to be aligned with London road emissions standards and Ultra Low Emission Zone regulations.

“The air cargo sector, like the entire logistics industry, has made significant strides in improving its environmental impact, and continues to work towards lowering emissions and adopting new technologies. FTA and its members believe it is right that the Government should make expansion at Heathrow conditional upon meeting environmental limits.”