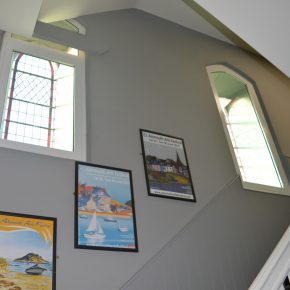 At the south-end of the village of Alnmouth is the Grade II Listed Hindmarsh Hall. Originally it was one of three granaries and then later used as a grain store; it now features Selectaglaze secondary glazing.

Located in the estate of the Fourth Duke of Northumberland, one of the top aristocratic landowners, he had the building converted into an Anglican chapel in 1859, with works supervised by esteemed architect Anthony Salvin.

During renovation in 1937, very thin and rudimentary secondary glazing was fixed up close to the primary windows, which was failing and did little to stop draughts or prevent heat loss.

With a desire to make the building more inclusive and also in need of some updating, the trustees set about a programme of restoration in 2003/4. However, 14 years later, following a comprehensive condition survey, a phased programme of refurbishment works are underway, which are all subject to funding. 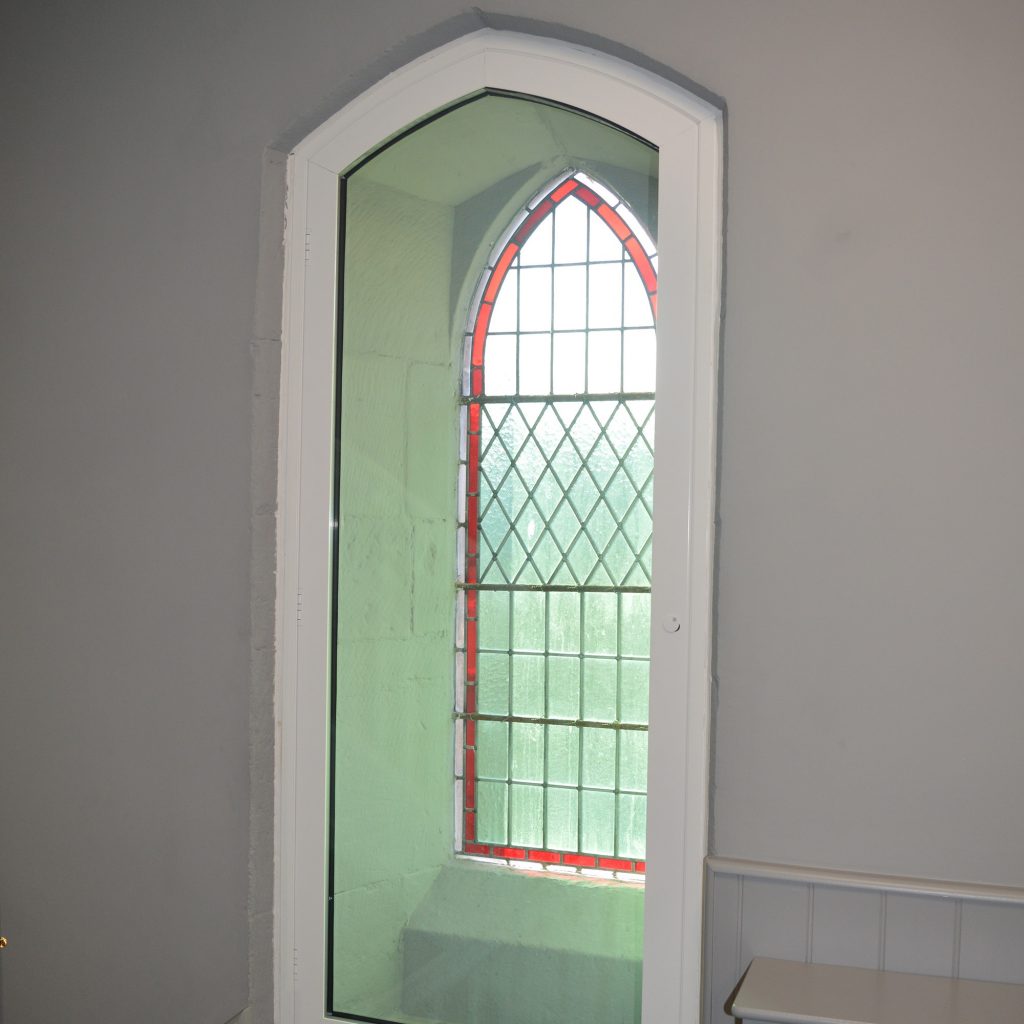 Giles Arthur Architects have conceptualised the trustee’s vision; including addressing the structural issues highlighted in the survey report, space planning and improving energy efficiency of the building through better insulation, to help reduce on-going running costs.

Secondary glazing was specified to improve the thermal efficiency of the original single glazed windows. The original leaded lancet windows on the front of the Hall were included in phase one, with the specification of Selectaglaze 4-12-4mm, low-E, sealed unit secondary glazing which achieves U-values of around 1.67.

All the openings have deep splayed reveals, so it was decided to fix the secondary with a maximum cavity close to the wall face where it was wider, framing the primary window. 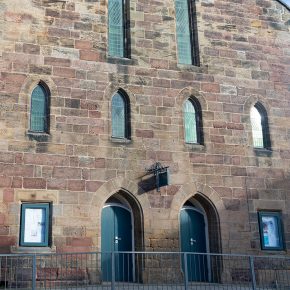 The tall lancet windows posed a challenge due to their height; 3350mm. Each of these openings were built up with a Series 41 side hung casement set between two Series 40 fixed light units.

The timber grounds were crafted on site by experienced installers and scribed to ensure the tightest fit for the secondary glazing. One of the smaller lancet windows had to be split, due to access and its location part way up a stairwell.

Giles Arthur, RIBA ARB, commented: “We have been working with the Hindmarsh Hall committee and Alnmouth Parish Council for over 4 years to secure the long term future of the Hall and expand the range of use it can accommodate.

“Central to the project has been the restoration and preservation of Salvin’s lancet windows as, historically, they have been the weak point in the fabric of the building having been exposed to the elements just a few hundred meters from the North Sea.

“The input of Selectaglaze and Fenestral have been invaluable thanks to their extensive experience in the field of secondary glazing in historic properties.

“The competed phase 1 glazing installation went very smoothly and the results should generate the impetus required to realise the much larger phase 2 works to the very large lancet windows in the main hall.” 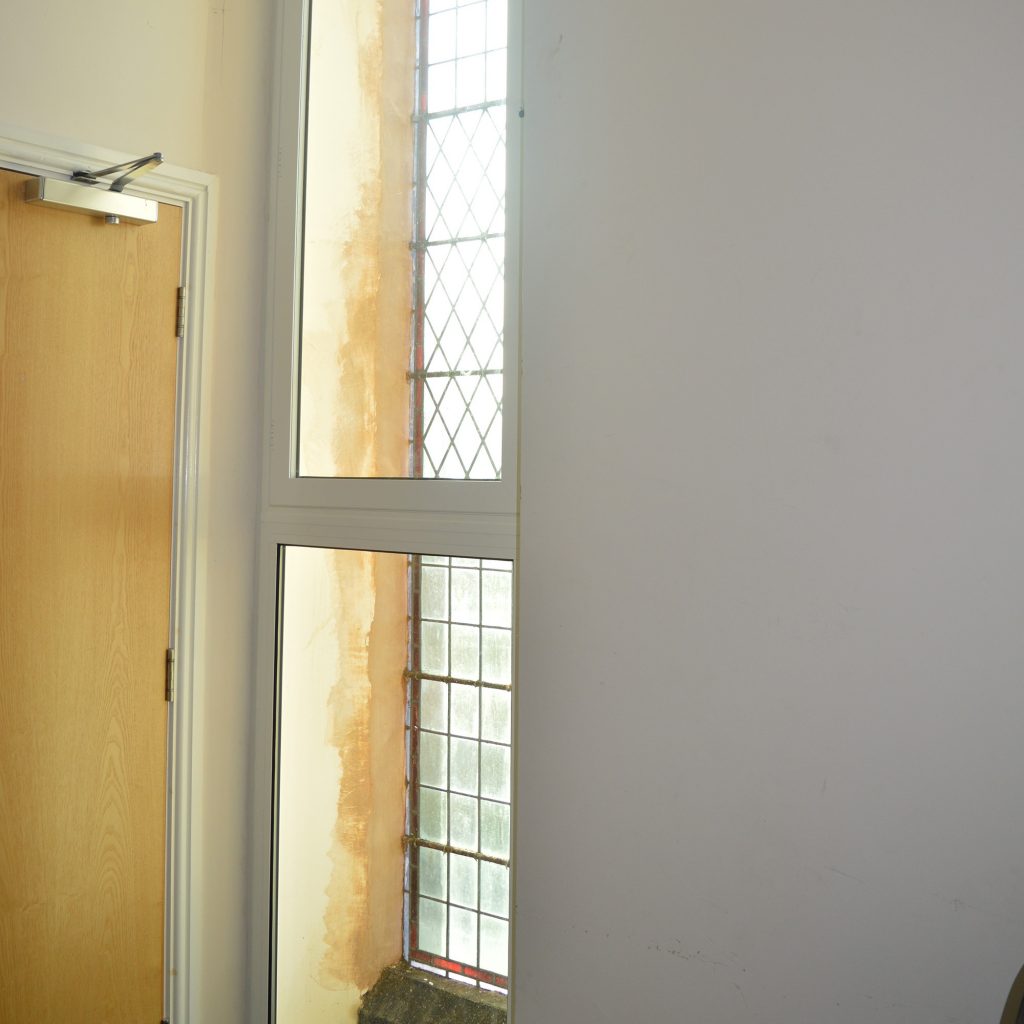 The trustees are very happy with the secondary glazing, as a significant difference in heat can be felt in areas it has been installed and areas without.

As an added benefit, the Hall is quiet, due to the acoustic insulating properties from the new glazing. The next phase of works will be a large package, with a substantial deal of structural work required to secure a bowing floor in the main hall and shore up a wall which is subsiding and has moved considerably.

With this phase will also come the treatment of 10 very large lancet windows, however this is all subject to fundraising.

Dr Bourne, Trustee, said: “We are not only pleased with the functionality of the new glazing – it is doing all it was intended to do from a thermal efficiency point of view and it allows access to the original glazing for maintenance – but it also lets in more light and reveals all of the original windows.

“The old secondary glazing was close to the original glazing and its frames blocked the window margins. All our hall users and visitors comment on the improvement.”

Hindmarsh Hall is one of the largest, most distinctive and well-used village halls in rural Northumberland. With the refurbishments being made, it will continue to serve the community for years to come and be a more welcoming and warm space for those using it – whether its yoga, mums and babies’ clubs, Boy Scouts or private function hire for weddings.