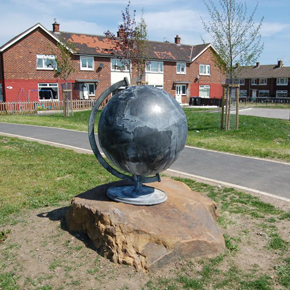 Humber Galvanizing, part of Wedge Group Galvanizing, has partnered up with Godbold Blacksmiths to protect a range of sculptures as part of a major regeneration project in Middlesbrough.

The galvanizing specialist has provided its hot dip galvanizing treatment to 1.5 tonnes of steel, which has been used to produce a series of sculptures to mark Middlesbrough’s maritime and ship building heritage, installed at Chertsey Green in Pallister Park. 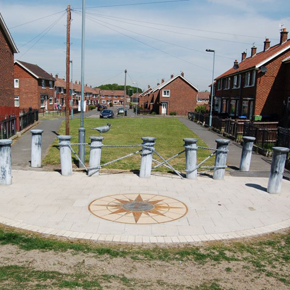 The project was commissioned by Groundwork North East and Cumbria and designed by sculpture artist Andrew Mckeown. The companies worked in collaboration to design, fabricate and protect the sculptures, which were installed across an area spanning 100m2.

Liz Allen, Senior Landscape Architect at Groundwork North East Cumbria, commented: “The regeneration of Palmister Park has been a very exciting project and the feedback we’ve already received from the local residents has been hugely positive.”

The project was competed in six weeks, with Godbold Blacksmiths creating the sculptures and a memorial to recognise Middlesbrough’s pioneering maritime history. Andrew Mckeown led the design with the assistance of students at Corpus Christi Catholic Primary School. 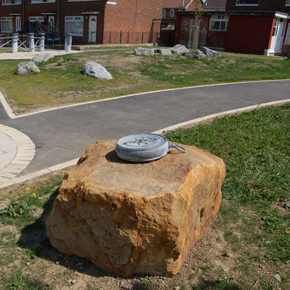 The sculptures also allude to Middlesbrough’s connection to Captain Cook, as well as the thousands of ships which were built on the Tees by local employees, many of which lived in Palmister Park, near the river and at Cargo Fleet – the town’s first and original port.

James Godbold of Godbold Blacksmiths added: “As the sculptures are permanently situated outdoors and open to the elements, galvanizing was an essential choice of protection against weathering and rust, and will ensure they’ll continue to look welcoming in years to come.”