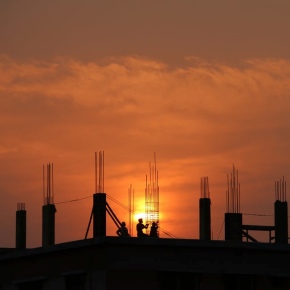 The latest Hometrack UK Cities House Price Index has revealed that city house price inflation is running at 6.4% across the country compared to 7.8% in 2016.

The Index demonstrates that London house price growth is continuing to slow, reaching its lowest level since 2013, the number of sales in London have fallen 8% and Manchester is the fastest growing city with 8.8% annual price growth on the back of a 40%+ surge in transactions in the last three years.

In addition, affordability pressures continue to bite in high value cities in southern England, and the supply and demand dynamics are not strong enough in many regional cities outside the south to support double digit rates of house price growth. 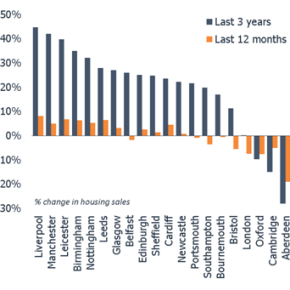 London has fallen to the tenth in the list of the fastest growing cities, the slow growth acting as a drag on headline growth. Whereas, Manchester is registering the highest rate of growth at 8.8%.

Other regional cities such as Liverpool, Leicester and Birmingham have recorded significant surges in transaction volumes of between 30%-40%+ over the past three years as buyers return to the market supported by an improving jobs market and record low mortgage rates.

Turnover has been flat or falling in the highest value, least affordable cities like London and Bristol, over the last one and three years. 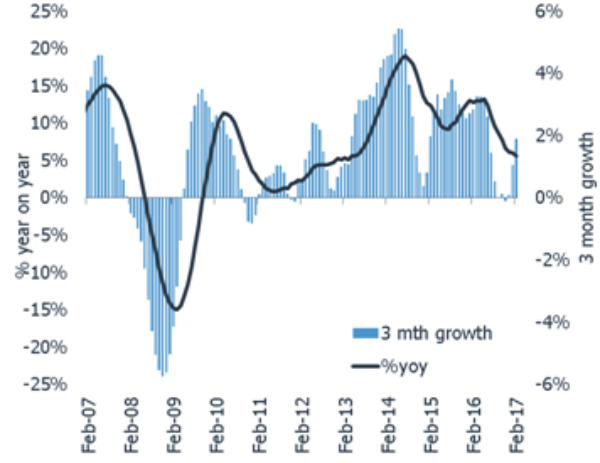 Richard Donnell, Insight Director at Hometrack said levels of housing turnover across UK cities are predicted to remain broadly flat over 2017 with some further upside for sales volume in regional cities, much depending upon how would be buyers respond to external factors, not least the impact of lower real wage growth, the potential for higher mortgage rates and whether demand will be impacted by Brexit.

Donnell concluded that buyers are aware of the Government’s plans and timescales for Brexit but uncertainty over what this means for the economy over the next 2-3 years remains. He also added that, “in cities where affordability remains attractive, we expect demand to hold up in the short term albeit with slower growth in sales volumes, continuing the expectation that the rate of house price growth to moderate over the rest of 2017.”