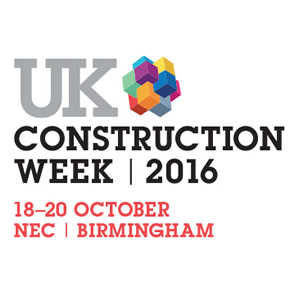 A recent survey, commissioned by UK Construction Week‘s Build Show in conjunction with Housebuilder Magazine, has revealed that 74% of housebuilders consider the government’s aim of building a million new homes during the current parliament ‘unachievable’.

The survey, which was designed for and completed by British housebuilders, highlighted a number of opinions, anxieties and expectations regarding the future of the sector.

Housebuilders were asked what they thought were the main constraints to increasing the UK’s housing supply: problems with the planning system and the availability of skilled labour were commonly cited.

One third of those surveyed believe that the government should do more to encourage people into the industry. An increase in land supply, investment and innovative methods of construction were proposed as solutions to the housing shortage. 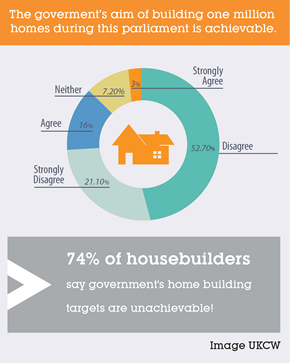 The survey has provided an insight into the sector, post-Brexit: over half of those questioned revealed that they are concerned about the effects that the EU Referendum result will have on the UK’s commitment to meeting its housing needs.

Many believe it will be more difficult, with only 11% arguing that Brexit will make it easier to meet current housebuilding targets.

Two thirds of those surveyed were cynical of government initiatives, such as the Starter Home Scheme; 40%, however, believed that these schemes would increase the number of affordable homes being built.

Through the survey, the sector demonstrated recognition of SME builders and their potential. 64% believe that SMEs are the key to solving the UK’s housing needs, whilst offsite construction was also considered important to the future of the sector by over two thirds of respondents.