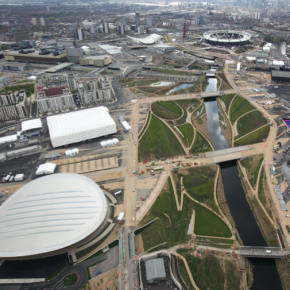 How SuDS can help with  urbanisation and the housing crisis 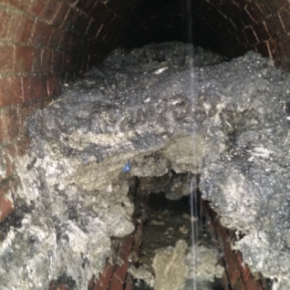 “SUDs are the first line of defence and localised flooding” Richard Leigh, Lanes for Drains

Richard Leigh, group development director at Lanes for Drains, explains why we need SuDS, how they are designed, their benefits, and provides examples of SuDS in action, in the latest issue of ABC&D Magazine.

Sustainable Drainage Solutions (SuDS) are systems used to deal with distributing excess surface water in a way that imitates natural drainage processes as closely as possible. They are policies that have been adopted by the UK Government, passed into law and are now being applied to all new developments across the country.

Making the case for SUDs

With urbanisation happening at an unprecedented rate across the globe, SuDS are the first line of defence against flash floods and localised flooding. Unlike soil, man-made surfaces, such as concrete, bricks and mortar, are non-porous.
With SuDS, excess surface water is distributed and discharged into water courses using a combination of man-made and natural components.

SuDS are increasingly important for major conurbations mall over the world. In cities like London, Birmingham and Manchester, increased seasonal rainfall and flash flooding – brought about by a changing climate – taxes our drainage systems to their limits. With the UK gripped by a housing crisis, there is pressure to build houses as quickly as possible to ensure people have access to affordable housing.

As such, more man-made surfaces can divert surface water to unintended places, or even reduce, or stop, natural drainage. Adhering to SuDS ensures our towns and cities can deal with excess water without causing localised flooding or other drainage issues.

SUDs come in different shapes and sizes and are made up of numerous components. Each part leverages different approaches to manage water flow, volumes and water quality. Some parts of SUDs can provide significant benefits to the local environment and improve the general amenity of the area.

Generally speaking, components of SuDS are divided into two categories: Green, soft or landscaped components including vegetation, ponds, moorland or other natural features to deal with excess water, and grey, hard or engineered components, which are generally man-made and include culverts, piping, causeways or other structures. Each component serves a specific purpose:

SuDS may employ a combination of these components to provide a comprehensive drainage strategy, leveraging both man-made and natural drainage components.

The benefits of SUDs

Researchers, scientists and industry experts are unanimous in their assessment that our society needs a more sustainable approach to managing excess surface water. However, besides managing additional surface water in major cities and combatting localised flooding, SuDS have other benefits, including:

SuDS are being implemented across the length and breadth of the UK. Predominantly, they are being applied in urban settings but some are being installed in rural areas to provide sustainable drainage solutions.

The Queen Elizabeth Olympic Park in Stratford, East London, (pictured above) is one example of a series of SuDS components working in tandem. Originally designed for London 2012, the park features porous asphalt strips that collect and treat any run-off generated. The strips then convey water into trenches below, which contain perforated pipes. The piping siphons excess water to catchpits, finally discharging the water into nearby watercourses.

The park was built on brownfield land which was used as a depository for building rubble from properties demolished during World War II. As such, the site was contaminated throughout, so planners had to be careful not to unintentionally distribute some of the hazardous materials into nearby watercourses when installing SuDS.

SUDs are here to stay