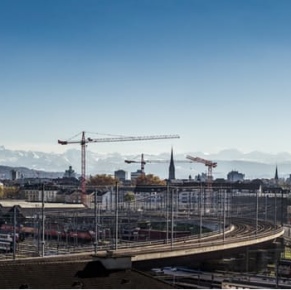 How the Water Act 2014 impacts infrastructure

Britain’s water systems have improved dramatically following privatisation 27 years ago. All water infrastructure has been successfully maintained by the UK’s water authorities as the majority of British customers cannot choose their water supplier.

However, as a consequence, the sector cannot function as a competitive marketplace. Therefore, the Water Act was introduced in 2014, aiming to make it easier for non-domestic users to switch water suppliers. This led to dramatic changes to the nature of competition in the industry, opening the water and sewerage market to new providers.

The continuity of service and security of the country’s water system are concerns, following the reforms. As a result, the UK Government has recently released a guide to ‘Keep the Country Running’ by improving the resilience of critical infrastructure and essential services.

It is vital that the water and utilities market do not lose sight of physical threats. A lack of physical security procedures could heighten the risk of international water contamination of geographically remote sites, such as boreholes and kiosks.

In addition to the primary duties outlined for water suppliers in England and Wales, the Water Act 2014 emphasises the need for long-term resilience of water and wastewater systems. The Government’s infrastructure advisory guide also advises building resistance through security as they encourage water suppliers proof a system so that it is resistant to known and established risks. It also suggests that the system should operate effectively, whether these risks materialise or not.

Businesses, charities and public sector customers will have the freedom to switch suppliers, for the first time, with the Water Act 2014. The Government estimates that over the next 30 years, this will contribute towards £2 billion economy growth.

The main aim of the Act is to reform the water industry and make it more competitive, the Governments focus on increasing resilience and security in this new market will help to protect Britain’s increasingly complex infrastructure in the future.