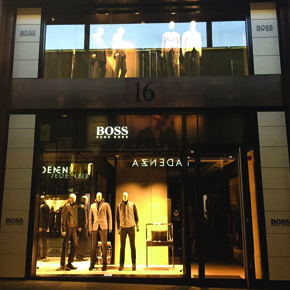 How to choose commercial doors that pass the test

The growing demand for Secured by Design means that commercial building specifiers and contractors need to find doors that pass the test. Jeff Pearson, sales and marketing director at Jack Aluminium, explains why the testing process is so important to achieving the correct commercial door… 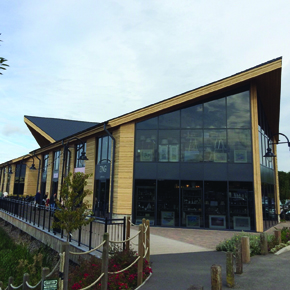 “One thing that is vital to understand is that PAS 24 and Secured by Design are not the same thing…” – Jeff Pearson, Jack Aluminium

Today’s commercial buildings – whether shops or offices – need to meet a range of requirements. They must be durable enough to withstand thousands of openings and closings that come with heavy through-traffic.

They must look good to complement the building’s branding and design and they need to be thermally efficient to maintain the right internal temperature and keep energy costs low.

Most of all, of course, they need to be secure enough to deter any opportunistic thieves who might be passing by. Door security is now high on the agenda for specifiers, thanks especially to the growing popularity of Secured by Design (SBD).

This is a rigorous but nonetheless logical approach that is suitable for preventing the most common break-in types.

That balance between performance and practicality stems from the nature of SBD; the standard has been designed by retired police officers, based on years of experience. An SBD door doesn’t need to withstand a tank – impressive though that would be – securing a door to that extreme would be a waste of money.

Instead, Secured by Design is based on PAS 24, the standard which certifies that a particular door, frame, lock and hardware set has withstood a series of physical tests based on common methods of burglary. Passing this thief test is now the minimum police requirement for achieving SBD status.

Imagine a burglar on the prowl, bag of tools at the ready. They’ll have a jimmy, pliers, a screwdriver and a crowbar. They won’t have much time and will be operating under cover of darkness. In other words, they’re looking for identifiable weaknesses where they can quickly gain entry. PAS 24 replicates those conditions in a controlled environment, providing a measurable foundation from which an approved door can become SBD-certified. 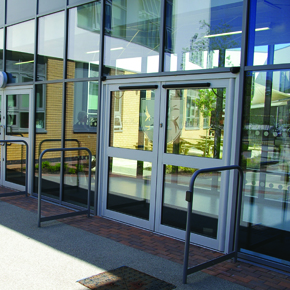 Underpinned by PAS 24, the Secured by Design standard is now becoming the norm for commercial specification projects. Such is the clamour surrounding SBD that we are hearing anecdotal evidence that non-compliant doors are being ripped out and contractors forced to start again in order to guarantee security.

One thing that is vital to understand is that PAS 24 and Secured by Design are not the same thing. This common misconception lies at the root of confusion over compliance.

Jack Aluminium manufactures an aluminium system that is approved to PAS 24 standard by renowned testing body, BM Trada, which issued the company with a Q Mark.

Incidentally, this doesn’t only cover the technical aspects of manufacture. In order to pass, order processes have to be clear and manuals have to be up-to-date, to ensure that customers are buying the right system and using it correctly.

However, it is the customer who must prove that they are fabricating the door using specified guidelines by obtaining a Q Mark or similar. At that point, the fabricator can apply to Secured by Design for an official SBD licence for each product.

In other words, a specifier can be assured that something labelled as SBD is backed up by stringent testing up to PAS 24 standard. For many years, Jack Aluminium has been committed to testing every element of its door systems to meet PAS 24, as well as the sister standard BS:EN 6375 (which used to be known as PAS 23) that looks at a door’s durability.

In fact, the company’s most recent round of tests – including a bigger door which meets wheelchair access guidance – means that it can now offer the most comprehensive range of PAS 24 commercial doors.

Jack Aluminium’s aim is to offer fabricators an easy route towards meeting PAS 24 and Secured by Design, without compromising on all of the other elements that go into a successful commercial door – good design, long-term reliability and thermal efficiency.

By choosing a commercial door that has passed the test, specification should then become an open and shut case.