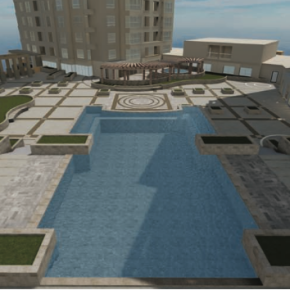 How virtual reality can help BIM deliver on its potential

A recent roundtable hosted by Middle East Architect concluded that ‘everyone would benefit as the use of Building Information Modelling (BIM) became more widespread, provided the industry adopts an attitude of openness and inclusivity’.

With this in mind, and as virtual reality (VR) continues to pique the interest of the AEC (Architecture, Engineering & Construction) industry, how will this sit alongside BIM when it is still struggling to break into common use?

In the April 2017 issue of ABC&D Magazine, Nigel Alexander, business development UK at Tridify looks at how both technologies can be applied simultaneously and how the use of VR may be the bridge needed to create a system that is faster, easier to use and more accessible to the AEC community…

In April 2016, the UK Government made it a legal requirement for BIM to be used in all centrally procured public sector projects. Globally, take up has been varied but we are increasingly seeing BIM as a major focus for construction legislation worldwide.

This means that the majority of construction companies and developers in the UK and beyond will have to come to terms with creating BIM files for their projects. However, the reality is that most developers probably wouldn’t look into BIM if it wasn’t mandatory so, being able to provide value on top of BIM is critical. If it’s seen as a source of value and not a cost centre it will make a huge difference to its acceptance and impact.

One technology that can help unlock the true potential of BIM is virtual reality (VR). Up until now VR has not been seen as something connected to BIM. However, one of the key things that it brings is the ability to visualise and display exactly what buildings and environments will look like.

Yes, we’ve had this before with 3D modelling but, by combining VR with BIM, the visualisations become immersive and 100 per cent accurate. This allows the industry to move away from traditional modelling and create something that is more user-friendly and more accessible.

VR models enable you to explore entire environments and buildings in much greater detail and with much more flexibility. They allow you to move into a space that doesn’t yet exist and to interact with that space in ways that no other modelling technique will let you do. Indeed, how you interact with a VR space is where the major advances in technology will occur in the next few years.

Many of the VR tools used at the moment are built on current platforms – and the technology behind them is changing fast. For a start, the VR companies currently creating building models are doing so on a project basis and this can be very labour intensive. They’re also building environments on huge VR computers, which have to be viewed on those computers with VR headsets, so the whole end user experience becomes very static and limited.

By combining cloud-based technology with VR and BIM, the creation of those models can be automated. This same technology also allows these models to be modified and adapted easily, from structural issues (increasing corridor width or moving access points) to cosmetic issues (adding furniture, moving lighting, colouring walls and changing flooring).

Probably more importantly, these VR experiences can be viewed on any platform and using mobile devices, such as Smartphones and tablets. This puts VR models in the hands of everyone across the industry value chain – from the architects and developers through to the end user and facilities management. It gives each one a new way to experience and visualise projects.

Furthermore, the accuracy of the modelling (thanks to BIM) can be a game changer for space planning and ow management, as you can move around the VR environments freely and understand in detail how they fit together and how a building really works, even though it will not be built for two years. This means issues can be ironed out early on in the process, removing the need for expensive reworking and redesigning.

BIM and VR are in their infancy as a collective technological tool for construction, but it’s a combination that should be seen as a real enabler for change in the sector.