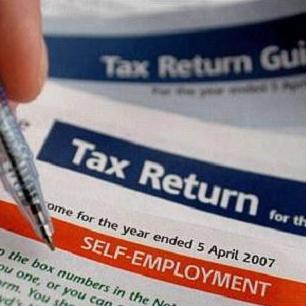 How will the General Election affect construction contractors?

How will the General Election affect construction contractors?

David Cameron, leader of the Conservatives, has repeatedly stated that his party are the party of small businesses and, unsurprisingly, all of the other major parties have been quick to declare their ongoing support to the growing number of contractors in the UK.

With what promises to be the most unpredictable General Election for years less than four weeks away, all the major political parties are shouting about their policies left right and centre, and it’s nearly time for you to make a decision about which box you are going to tick on the 7th May.

If you’re a contractor and are still undecided about who gets your vote, read on for a round-up on each main political party and their election promises for the self-employed.

Last year, Labour leader Ed Miliband announced that his party would strive for equal rights for those who were working as a contractor, and would provide these people with help when acquiring pensions and mortgages, if they were to win the General Election.

The Labour Party also promised to protect small businesses and contractors from late payments by larger companies. The changes would see automatic penalties applied if a bigger business fails to pay a smaller contracting supplier within 30 days of an invoice being issued.

The Conservative Party has been keen to highlight the changes they have made to support those who are, or wish to become, a contractor, including schemes such as Start-Up Loans, the liberation of sole traders from certain health and safety regulations and changes in the tax system.

However, the success of these initiatives to date is open to debate. If the Conservatives were to be re-elected on 7th May, David Cameron has pledged to boost Start-Up Loan lending amounts up to £300 million, which will be aimed at supporting an extra 50,000 self-employed people.

The Green Party are one of the most vocal candidates when it comes to improving the lives of contractors in the UK. One of the biggest pledges from the Greens is the promise to enable those who are self-employed to claim maternity and paternity leave and pay, based on the number of hours worked and their average income.

This has been a highly debated issue recently, and the Greens are one of the only parties to approach it in their manifesto.

The Green Party has also promised to allow unemployment pay to become available to those who are self-employed, and that it will be provided on equal terms with paid employees.

The Liberal Democrats have stated that they are strongly in favour of any growth in the number of self-employed workers in the UK, with Deputy Prime Minister Nick Clegg was quoted by IPSE Magazine as saying: If you want a glimpse of the sort of worker that will thrive in the new economy, you need look no further than the growing number of self-employed professionals.

Of course, as part of the current coalition, the Lib Dems have also had an influence on the Tories’ aforementioned contractor policies.

The UK Independence Party have also committed themselves to supporting the UK’s self-employed and contractors. Party leader Nigel Farage has promised that they will take action on late payments by larger businesses, ensuring that smaller parties are being paid quickly for the work they have done.

Delayed payments have an impact right through the supply chain**.

There’s no doubt that the upcoming election in May will be one of the most highly anticipated in recent memory. Anyone could emerge on top and it is policies like these, which will affect contractors across the country, that will make all the difference to people when taking to the polls on 7th May.

Quantic UK provide the freelancer and contractor a complete, pro-active, and trusted accountancy service available throughout the whole of the UK.